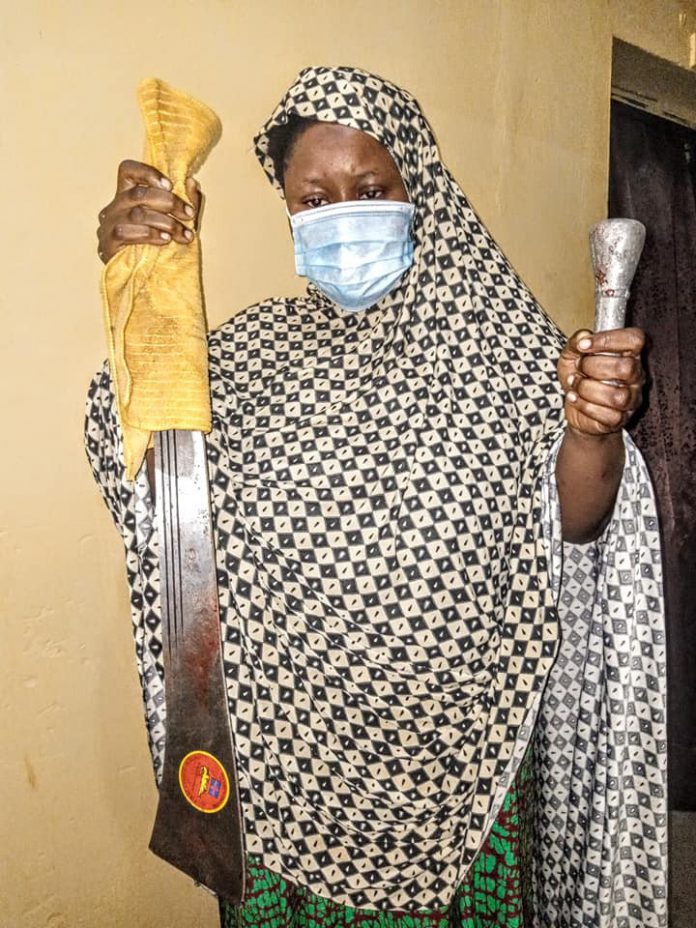 A 26-year-old woman identified as Hauwa Habibu, who has reportedly hacked her two children to death in Kano has pleaded not guilty before a magistrate court.

It should be recalled that Hauwa, a health worker, killed her two children, Irfan Ibrahim, 6 and Zuhura Ibrahim, 3, and injured a niece, Aisha Sadiq, 10, at Diso Quarters in Gwale Local Government Area of Kano state on October 4, because her husband married a second wife.

At the resumed sitting on Wednesday, December 23, after her denial, counsel to Hauwa, Huwaila Ibrahim, asked the court to send her client to a psychiatric hospital for evaluation and was not objected by the prosecutor, Barr Laminu Soron Dinki.

The presiding magistrate, Hauwa Lawan Minjibir, upheld their requests and sent the accused to a psychiatric hospital for evaluation and adjourned the matter to January 5, 2021.