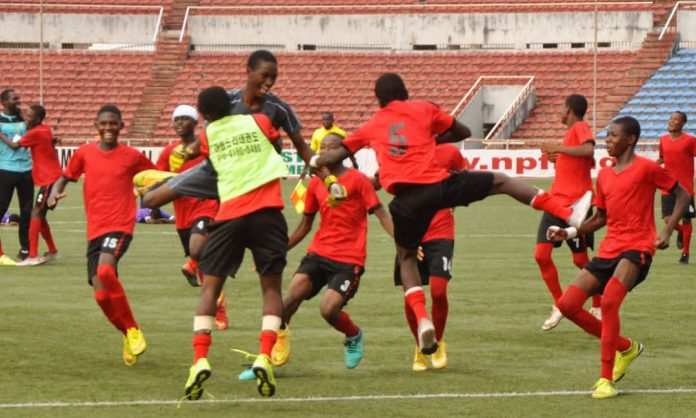 Defending champions Katsina United are bidding for their third crown, whereas Wolves are gracing the biggest stage of U15 football in Nigeria for the first time and would be one of the most surprising winners in the competition’s history.

The current crop of players discovered in Enugu have the ability to ensure that the next decade or so is fine for Nigeria, with some of the best young players and quality in every area of the pitch.

The omens are there for Katsina United, then, but it has not all been plain sailing up to this stage; they were lackluster in the semi-final against MFM FC but pulled through 4-2 on penalties.

With the exception of the MFM FC match, Kastina United have relied on defensive solidity more than attacking flair, but with Nafiu Dahiru and the likes of Yakubu Sadiq, Umar Bala and Umar Abubakar in their ranks they are certainly capable of turning on the style in the final third should the need arise.

The talent at the team’s disposal meant that his side were always among the favourites to lift the trophy in Enugu.

Wolves’ journey to the final has been described as remarkable, and with the talent they have in their team it is easy to overlook just how big an achievement it is.

There is no getting away from the fact that Wolves have had a tough route all the way to the final, with most of the pre-tournament favourites devoured by the Seasiders.

They pipped Akwa United 1-0 in the semi-final with Okiki Oghenevwegba on song at the Cathedral.

There is no doubting their heart, then, and they have the smatterings of a promising talent to go with it – from Okiki, who is a top candidate for best player of the tournament, and Uwakwe Samson to Angayama Jeffery and Mamah Stephen.

Whether that quartet can have as much of an impact against Katsina United remains to be seen – it certainly appears to be the best midfield and defence they have come up against so far – but they have made it this far on merit and should they pick up one more victory then it will be a remarkable feat.

All eyes will be on Umar Abubakar on Sunday as the youngster plays like Rashidi Yekini.

Doing so would be a fitting finale to a stunning tournament from the attacker, and while it is far too soon to suggest that he may go on to enjoy a career like Yekini, rarely does such a prodigious talent emerge and then perform on the biggest stage.

Such has been Umar’s impact that others have had to play the supporting act, including Khalifa Aminu.

Muhammed Sani is expected to keep his place in the side.

Momentum seemed to give the Katsina United players an extra boost. So, the technical crew are unlikely to make any changes if they can avoid it.

There are no injury concerns, and Okiki Oghenevwegba’s performance in the semi-final is expected to have earned him another starting spot for the final.

Angayama Jeffery was Wolves’ main dangerman against Akwa United and he should be crucial again today.

ANC to announce way forward on Magashule on Monday

Herd community? Elephants show us how to coexist

Magoha: Schools to close on July 10 for week-long holiday

Sultan of Masalit hints to separate El Geneina from Sudan

Cause of fire at Charlotte Maxeke Hospital remains unknown