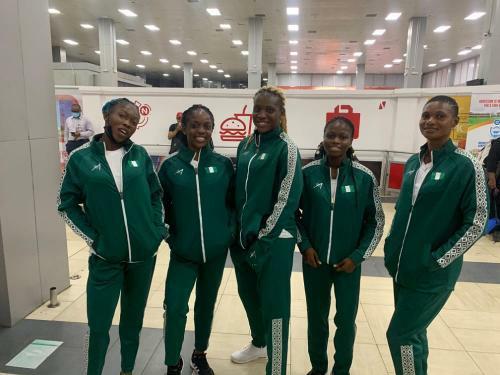 Team Nigeria’s quest for tickets to the five relay events at the Tokyo Olympics at the 2021 USTAF Invitational meeting on Tuesday in Prairie View, Texas continued as the male and female team won their respective races, BSNSports.com.ng reports.

The team competed in men’s and women’s 4x100m and won in both races. The women’s team defeated Canada, posting an Season’s Best (SB) of 43.06s, just one hundredth off the 43.05s (ran in 2019 at the World Athletics Championships in Doha, Qatar) that ranks the team 16th in the Top list en route Tokyo 2020.

That time is still faster than Australia’s 43.19s (ranked at number 17) and keeps Nigeria in the two available slots for the women’s 4x100m. If no other country runs faster than Nigeria’s 43.05s before June 29th, then their qualification will be assured.

In the men’s 4x100m, the Nigerian team also defeated Trinidad and Tobago, clocking a time of 39.56s, while the latter got to the line in a time of 39.81s. Nigeria is ranked just a step outside the 16th qualification spot in the men’s event.

They need to massively improve on the 38.59s they ran in Rabat two years ago to displace Turkey who holds the last spot (16th) of qualification with a time of 38.47s.

Barcelona’s victory over Sevilla comes at a cost, as Messi widens...