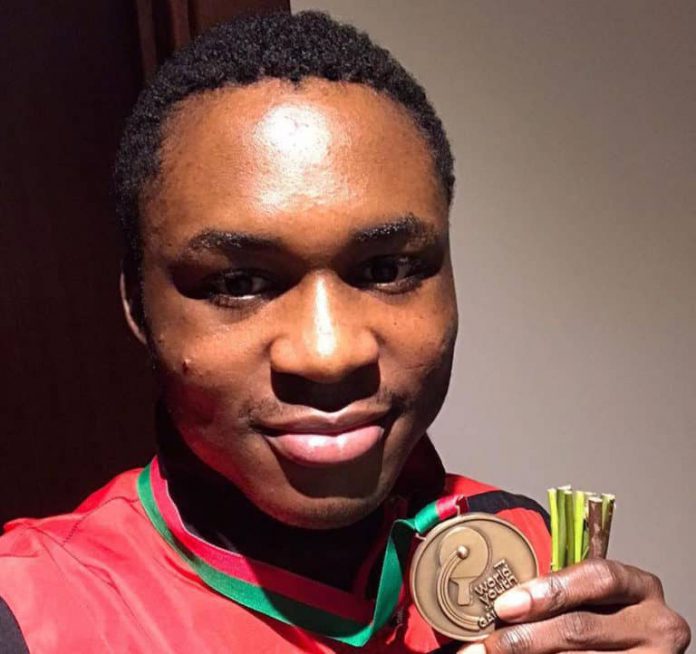 Taiwo Mati became the first Nigerian player to win a medal at the world championships. The former national junior champion claimed a bronze medal in the boys’ doubles event at the 2021 ITTF World Youth Championships in Vila Nova de Gaia that ended on Tuesday, in Portugal.

Mati, who trained for over seven months with Quadri Aruna during the COVID-19 lockdown, partnered Peru’s Carlos Fernandez in the boys’ doubles to exceed expectations and made it to the podium to claim the first medal for Nigeria in a world championship.
Despite losing the semifinal tie 3-1 to Russia’s Maksim Grebnev and Vladimir Sidorenko, the no.9 seeds, Mati and his partner, were rewarded with a bronze medal.
The turning point for Mati was in the quarterfinal tie as he and his partner emerged from the precipice of defeat to overcome Norway’s Borgar Haug and Italy’s John Oyebode, the no.7 seeds (5-11, 9-11, 16-14, 11-7, 11-9).

“I feel so good, I didn’t believe we could get to this stage. We just needed to gain some momentum and courage during the match because we were down 2-0. We just keep on fighting. I’m so happy about this,” said Mati.
Like Mati, it was dream come true for his Peru teammate. “This is a dream come true. I was not thinking of winning a medal, I cannot believe this is real! Now we will fight our hardest to win. It makes me so proud because to win a medal for Peru in a World Championship is unbelievable,” said Fernandez.