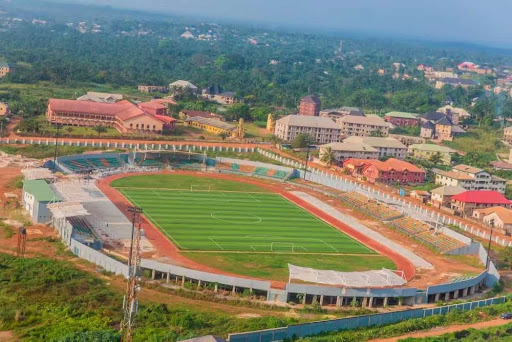 Liberia is expected to know whether the Samuel Kanyon Doe Sports Complex will pass through the final stages of the Confederation of African Football’s (CAF) inspection in order to play FIFA World Cup qualifiers for Qatar 2022 at home.

The SKD Complex was banned by CAF on May 2, 2021, but the ban was subsequently suspended due to the swift intervention of President George M. Weah.

Minister of Sports Zeogar Wilson acknowledged that with the level of work done so far on the stadium, he believes that FIFA and CAF will give the go-ahead to host the upcoming Qatar 2022 FIFA World Cup qualifiers matches in Liberia.

The Lone Stars are in the same group as Nigeria’s Super Eagles, Cape Verde and the Central African Republic.

Lautaro Martinez confirms he is to snub Barca to sign new...