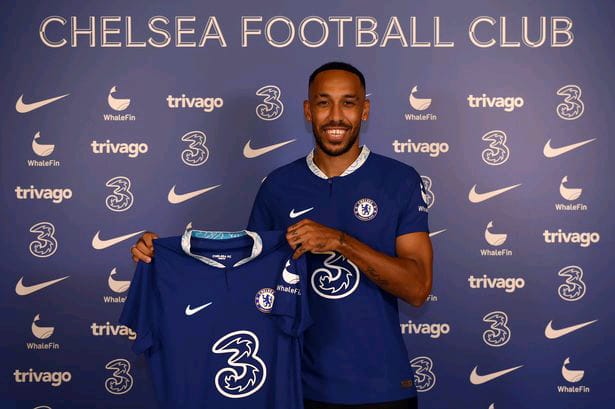 Chelsea striker Pierre-Emerick Aubameyang has reportedly been handed reassurances over his future at the club following Thomas Tuchel’s departure.

The 33-year-old reunited with his former Borussia Dortmund coach on transfer deadline day less than a year after departing Premier League leaders Arsenal for Barcelona.

Aubameyang affirmed that he was excited to reunite with Tuchel in West London, and he was handed his full debut against Dinamo Zagreb in the Champions League.

However, the Gabon international only played 59 minutes of that 1-0 defeat, and Tuchel was officially sacked by the Blues less than 24 hours later.

The presence of Tuchel was a key factor in Aubameyang’s decision to return to the Premier League, and he is said to have been left “shocked” by the German’s exit.

In a bid to reassure the striker over his role at the club, The Telegraph claims that Todd Boehly and Behdad Eghbali personally contacted Aubameyang after giving Tuchel the boot.

The report adds that Aubameyang is standing by his decision to join Chelsea despite the unexpected news of Tuchel’s departure, and Chelsea are confident that he will blossom into a key player.

Aubameyang previously registered 68 goals and 16 assists in 128 Premier League outings for Arsenal before departing for Barcelona, where he hit 11 La Liga goals during his first half-season.

However, the arrival of Robert Lewandowski led to Barcelona sanctioning Aubameyang’s exit for Chelsea, although he was forced to wear a protective mask during his debut against Zagreb following a burglary at his home in Catalonia.

The striker suffered a jaw injury in the attack, but there is supposedly optimism that he will be able to return to playing without a mask within the next couple of weeks.

Central Region to get cargo airport