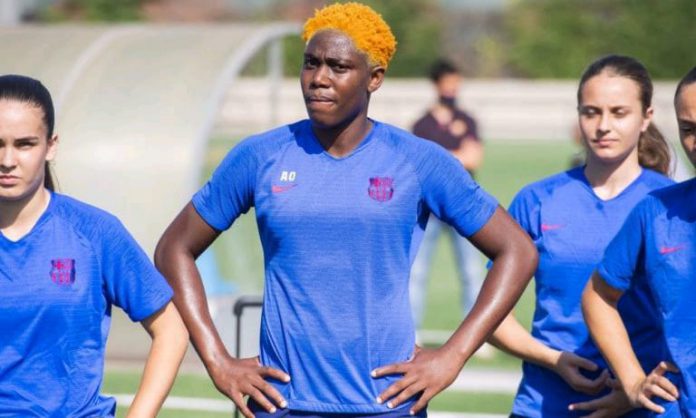 A popular Nigerian social media slang has made its way down to Spain where one of Barcelona’s finest players is running the show.

In a tweet on Thursday on FC Barcelona Femeni official Twitter page, Oshoala was described as “Agba Baller” a tag she got from a skit that has been making the rounds across the Nigerian social media space.

“Agba baller” is a tag usually given to good footballers on Nigerian streets.

Oshoala stands out as one of the game’s best players, with her latest ranking as #16 in the Ballon D’Or underlining her soaring level in the game.

An icon of women’s football and a major example of the African women’s game, Oshoala is revered in Barcelona where she won the team’s top scorer last season. While she’s a significant point of inclusion for the team, her football prowess also makes her presence a great point of pride for the team.

Oshoala has achieved the greatest success of her career yet in Barcelona. She has previously played in Arsenal, Liverpool and in the Chinese League but has achieved global prominence and laurels in Spain.

I’m not against debt restructuring; but there must be dialogue –...

US, Iran take diplomatic war to the World Cup