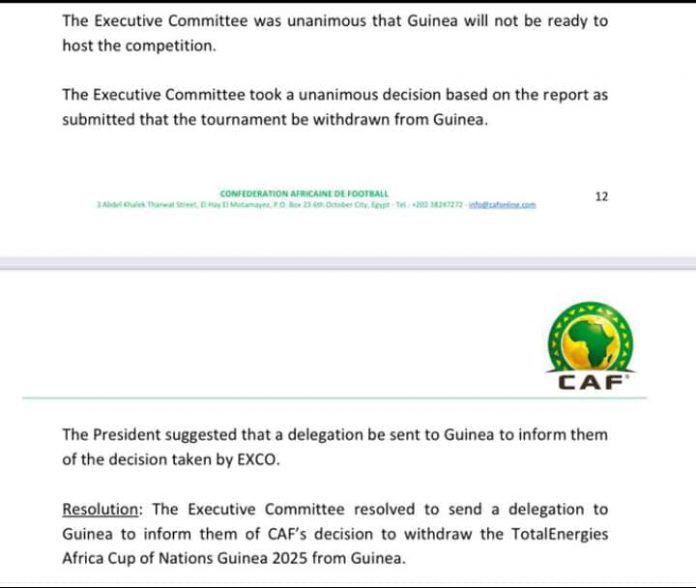 According to a report coming from the headquarters of the African soccer governing body (CAF) in Cairo, Egypt, Guinea seems to have lost their hosting right for the 2025 African Cup of Nations, BSNsports.com.ng has gathered.

Guinea, in 2014 was given the right to host the biannual football fiesta when the competition was 16 countries but the number of participating countries has now increased to 24.

The level of preparations and readiness of the country to stage a 24-nation tournament remained doubtful as the CAF delegation arrived in the country earlier in the week.

Three countries including Algeria, Nigeria and Benin Republic in June signified their interest to stage the tournament.

The report further suggests that CAF Executive has taken a unanimous decision to take the competition away from Guinea.

But it seems that decisions have not been communicated to Guinea officially and the new host country is yet to be discussed.

‘Corrupt money launderers’ are ‘enemies of the people, anti-ANC’ – Lindiwe...

PVCs, Others Destroyed As Hoodlums Raze INEC Office In Ebonyi

Afrobasket means everything to me- Mordi