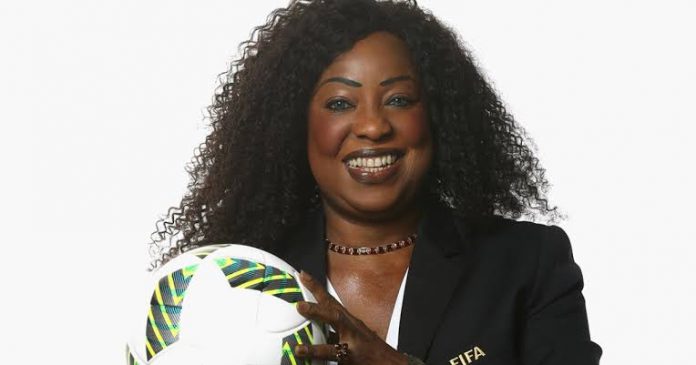 Ambitions are high that this year’s inaugural African Women’s Champions League can raise the standard of the game in Africa to unprecedented levels, both on the continent and more globally.

“We want to see better performing African teams during the qualifying phases for the World Cup in 2023,” Fifa Secretary General, Fatma Samoura said of the tournament.

“We want Africa this time to do even better than in France two years ago. We are strongly committed in developing women football.”

During the Women’s World Cup in 2019, hosted by France, two African teams – Cameroon and Nigeria – for the first time, got to be part of the last 16. The next tournament takes place in 2023.

The Confederation of African Football (Caf) announced the creation of the African Women’s Champions League last year as it seeks to develop the sport.

All but hosts Wadi Degla came through regional events – with Rivers Angels, Hasaacas Ladies and AS Mande qualifying from West Africa, AS Far from the north, Malabo King from the centre and Vihiga Queens and Sundowns Ladies from the east and south respectively.

“The competition offers us a great platform to showcase our talent when we go to Egypt,” said Vihiga Queens captain Enez Mango after their qualification last week.

“I know we have many good players, and this can be a route to them playing professionally with teams abroad.”

Senegalese Samoura was in attendance for last week’s final stages of the eastern and southern matches, whereby Queens and Sundowns progressed.

“This is the first edition of the Caf Women’s Champions League and by having (East African region) Cecafa and other regions organising it, it means we are taking growth of women football (to) the next level,” she said last week.

“The women’s game in Africa is growing – and growing fast – and what I have seen in southern Africa with seven clubs, and eight clubs participating in Cecafa, (all entering qualifying) means that more investment is going into football.”

CAF is not only developing women’s football but also investing in the sport, as is Fifa which makes the creation of women’s football programmes an incentive for member associations to receive more money from the game’s global body.

“Fifa invested $1.5 billion in women’s football for the 2019-2022 cycle because we have a clear objective, which is to have 60 million women footballers registered by 2026,” Samoura explained.

The maiden African Women’s Champions League, which will feature two groups of four before a knock-out phase, will run between 5-19 November in Egypt.