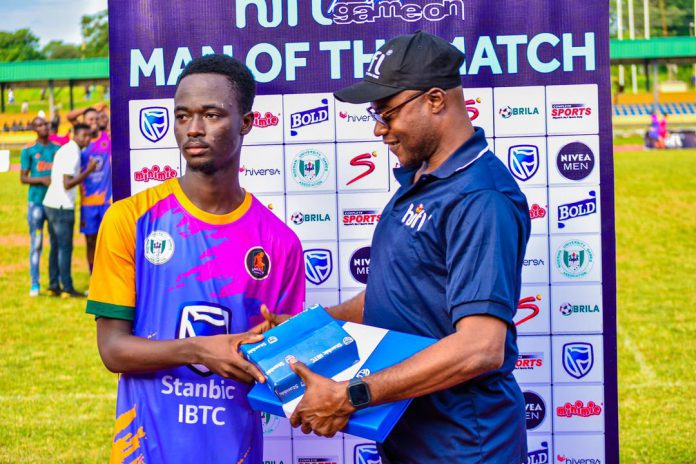 The last four teams that would play in the quarter-finals of this year’s Higher Institutions Football League (HiFL) have emerged. In the oriental derby, the game between UNN Lions and the IAUE Minders in Enugu ended 1-0 in favour of the Lions. The Minders who were playing away put up a strong resistance but could not foil the Lions attack which resulted into a goal scored by Ifeanyi Alex in the 60th minute.

In Ilorin, UNILORIN Warriors wrapped their qualification to the quarter finals when they defeated KSU Steelers by a lone goal scored by Fashanu Micheal in the 78th minute. An extra-time was almost looming at the centre before Fashanu, who also scored the equalizer in Kogi, capitalized on a counter-attack following KSU Steelers failed attempt at goal.

Speaking after game, the UNILORIN Warriors Head Coach, Isiaka Gambari stated that the first leg of the game gave him an opportunity to prepare technically and tactically. “I know the kind of players we paraded. They are very serious in training and always listen to instructions; that’s the reason why I have confidence in them, and I believe we are going to win the title this year” Gambari said.

In Markurdi, winner of the maiden edition of the league, UAM Tillers defeated the ABU Nobles in both legs to qualify on a 4-2 goals aggregate. The Tillers needed a 93rd minute goal from Joseph Clement to seal the win as a second goal from the Nobles in Markurdi would have push the game into an extra time. In Lagos, the UNILAG Marines qualified with a 3-0 aggregate win over the FUTA Tigers.

In his reaction, Chief Strategy Officer at Pace Sports, Mr Goodness Onyejiaku acknowledged the support of sponsors and partners that have continued to give Nigerian youths greater opportunities to excel in both academics and other recreational activities. “For instance, most players always look forward to becoming the StanbicIBTC Man-of-the-Match. Other sponsors like Nivea Men, Minimie and Bold also regularly provide good incentives that have served as motivations for all the teams that are participating in the league.
Generally, we have enjoyed an atmosphere of games played in a very friendly manner with fantastic support from the school authorities. We hope to maintain this spirit of sportsmanship as long as we can” Onyejiaku said.