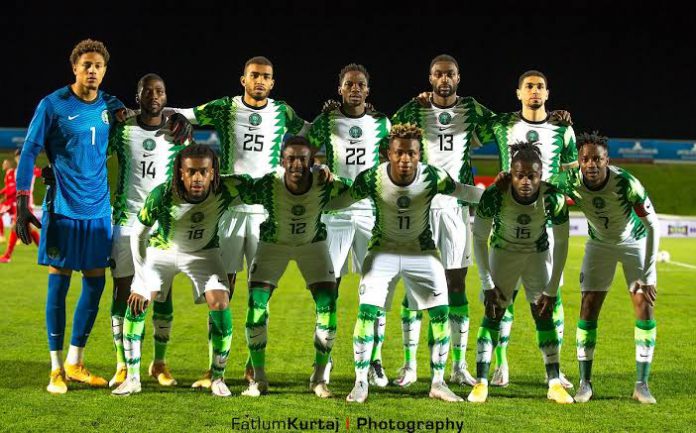 Nigeria and Cameroon will once more battle it out at the Stadion Wiener Neustadt in the second of a two-match friendly programme in the Austrian capital, Vienna.

Five–time African champions Cameroon edged the first encounter 1-0 at the same venue on Friday, courtesy of a 36th minute strike by Andre Zambo Nguissa. The Super Eagles created chance after chance but failed to get the ball into the net.

Coach Gernot Rohr spoke at length about having to use a rash of new players in the first session, but he is compelled to do even more of that in Tuesday’s encounter following injuries to defenders William Ekong and Jamilu Collins, and the knock for pacy winger Moses Simon.

Simon appeared to be getting better as of Monday morning, but the smart money is on him starting from the bench, just as Cyprus-based goalkeeper Francis Uzoho may start in goal against the Indomitable Lions. With the versatile Abdullahi Shehu heaved back to the rear from midfield for which he was initially pencilled down, and the couple of injuries from Friday’s match, Rohr has had to extend invitation to Hungary –based Vincent Onovo to fight for his first cap. Onovo arrived in the team hotel just after dinner on Sunday.

A three-man defenceline is in the offing, with perhaps Chidozie Awaziem, who impressed in that unit on Friday, Abdullahi and Ozornwafor. Another late invitee, Anthony Izuchukwu, from Slovakia, is another possibility. A loaded midfield could include Onovo, with Wilfred Ndidi, Oghenekaro Etebo, Samson Tijani and Abraham Marcus also on the roll.

After Friday’s game, Rohr told the media: “We missed seven key players due to injuries, so it was not our best team, but it was good to see other players. We are not happy to lose the game, but we saw some interesting new young players.”

Friday’s defeat was Rohr’s first loss to Cameroon in four matches. The Eagles pounded the Lions 4-0 in Uyo and were held 1-1 in Yaounde in 2018 FIFA World Cup qualifying matches in September 2017, and then edged the Lions 3-2 in the Round of 16 at the Africa Cup of Nations in Egypt two years ago.

Though a friendly game, fierce rivals Cameroon were very happy to prevail over Nigeria for the first time since winning the Africa Cup of Nations final on penalty shoot-out in Lagos 21 years ago. “We took the game seriously because we played against a tough opponent, a big game against a big rival. It was important for us to show our preparations, and I’m happy we won,” said Cameroon’s Germany-based striker Eric Choupo-Moting.

A sense of purpose to win the second game reigns supreme in the Eagles’ Hilton Garden Inn camp in Wiener Neustadt, 46 kilometres outside Vienna.

After a one-hour training session in the light drizzle on Sunday morning, the three-time African champions will have their last training session at the match venue on Monday evening. Captain Ahmed Musa says defeat in Tuesday’s game is not an option.

Goalkeeper Maduka Okoye told thenff.com: “We bave taken some positives from the first match against Cameroon. We had a good game and it was unfortunate that they scored with just that one shot on target. However, we have shown that we are ready for the AFCON with the strength of character we showed after conceding the goal. We are ready to go for it on Tuesday.”

New-boy Abraham Marcus said it was a dream come true for him to join up with the Nigeria camp. “When the coach introduced me into the game, all I had in mind was to help the team get the equalizer. I look forward to another opportunity on Tuesday.”

Both teams have qualified for the finals of the 33rd Africa Cup of Nations, which Cameroon will host in January 2022. Nigeria finished top of their group winning four of six matches and drawing two, while Cameroon also topped theirs though they had already qualified as hosts.

The two teams are using both matches to look at their general shape, form and structure ahead of the 2022 FIFA World Cup qualifying matches starting in September.