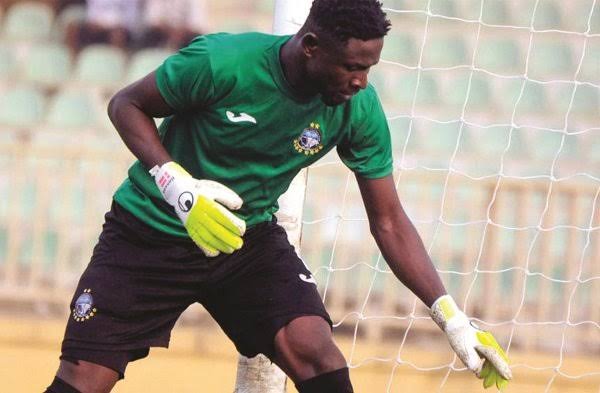 In the absence of regular Nigeria’s Super Eagles goalkeepers, every Nigeria football fans and supporters were expecting Noble to be in goal but to the surprise of many, it was Lobi Stars goalkeeper Nwabili who was in goal.

After the game his absence generated a lot if debate and he has finally opened up on his absence.

While speaking to the media officer of the team Babafemi Raji, Noble said injury was the main reason he was absent from the game.

“For me right from the bench, I was feeling bad because I was hoping we will get a good result like a draw because lots of people are banking on us. But due to my injury”.

“I was not able to feature in the game. However, I still thank God for the experience. At least this is my second time visiting the US, so it was a wonderful one.” he said.

When they were in camp in Abuja, Noble missed couple of training due to injury but recovered enough to make the trip.

Making the team against Mexico was the third time he has been invited without playing.

Oshoala, Okobi, Two Others in Women’s CAF Team of The Year