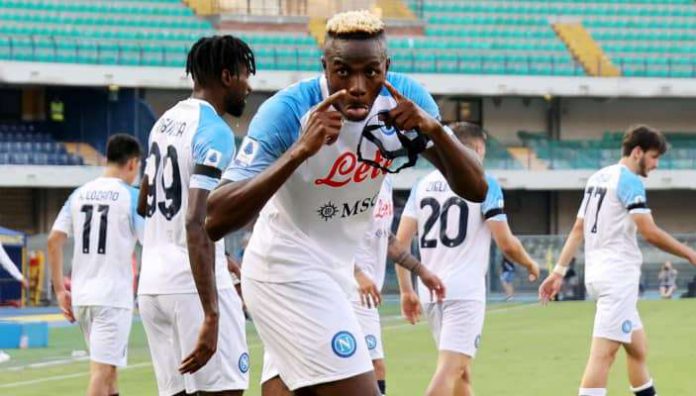 The disciplinary commission in Italy has launched an investigation into the racist chants toward Nigeria’s Super Eagles and Napoli striker Victor Osimhen.

The incidents happened throughout the game at the Stadio Bentegodi on Monday evening, which saw Napoli emerge 5-2 winners.

After scoring his goal, Osimhen kicked the ball into the stands, and then made a mocking ‘crying’ gesture into the camera, referring to those who were hurling racist insults at him.

The Disciplinary Commission has started an investigation into those specific insults, but meanwhile already fined the club €12,000 for ‘territorial discrimination’ chants.

This is because insults aimed at those from the South of Italy are treated with the same rules as racist abuse.

Verona were also fined an additional €3,000 for supporters throwing objects onto the pitch.

Joburg mayoral drama: Is it a strategy to keep Action SA...