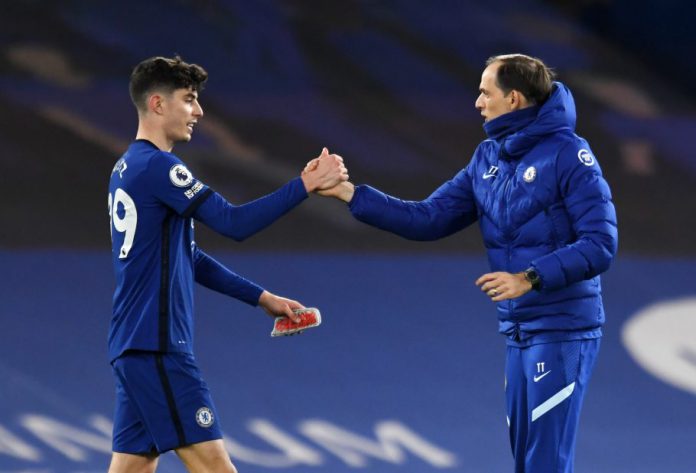 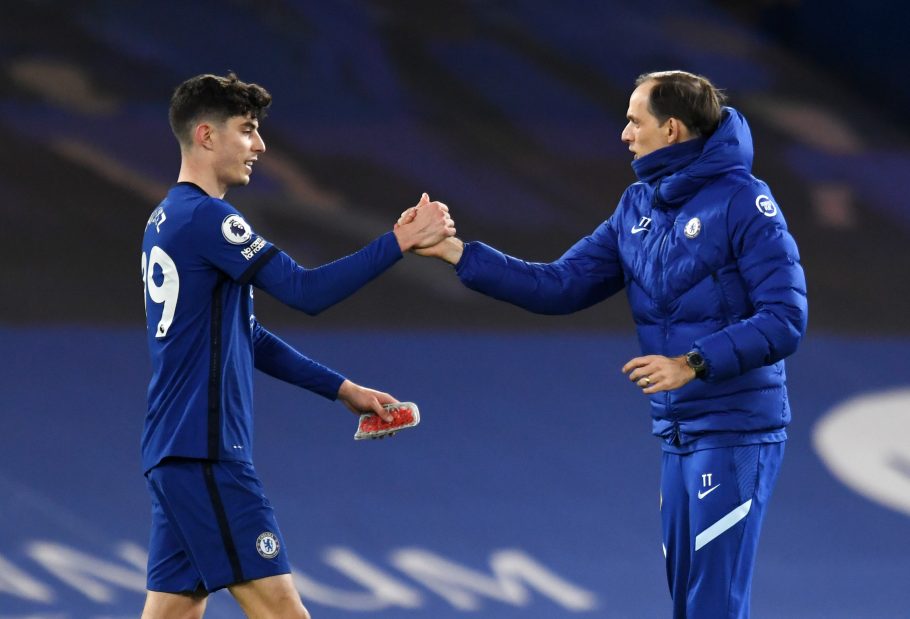 Chelsea put Everton to the sword in impressive fashion on Monday evening, with the performance of the oft-maligned Kai Havertz having proven a particular highlight.

Thomas Tuchel’s men welcomed the Toffees to Stamford Bridge a short time ago, for a Premier League showdown.

The clash marked a key one in the race for European football, with the two sides, ahead of kick-off, having been separated by just a solitary point.

It was hosts Chelsea who boasted the advantage, clinging onto the final Champions League berth on the back of a fine start to life under the guidance of their new boss.

And, when all was said and done in the capital, the Blues only went on to open this gap further.

An impressive all-round display saw Chelsea look equally solid at the back and dangerous going forward, en route to a deserved 2-0 victory.

Kai Havert’z deflected effort handed the hosts the lead just past the half-hour mark, before Jorginho made sure off all 3 points from the penalty spot 25 minutes from time:

A clever little flick from Kai Havertz, after a lovely bit of build-up play from Chelsea! 👌 pic.twitter.com/6gZAuY0aFF

Chelsea now remain in 4th spot in the Premier League table, albeit whilst having opened up a potentially crucial 4-point gap over Carlo Ancelotti’s Toffees.

On the back of another solid display under Tuchel’s watch, meanwhile, a host of Chelsea’s stars have since been singled out for deserved praise online.

The likes of Andreas Christensen, Reece James and Kurt Zouma all impressed, with the Blues having never looked truly troubled by the ever-dangerous pairing of Richarlison and Dominic Calvert-Lewin.

One performer, however, stood out above all others.

The player in question? Kai Havertz.

German international Havertz was utilised in a more advanced role than Chelsea’s fans have become accustomed to, as a false 9 between the wide pairing of Timo Werner and Callum Hudson-Odoi.

This is a position which the 21-year-old was often deployed in during his time with Bayer Leverkusen, with Havertz’s showing on Monday having proven exactly why. 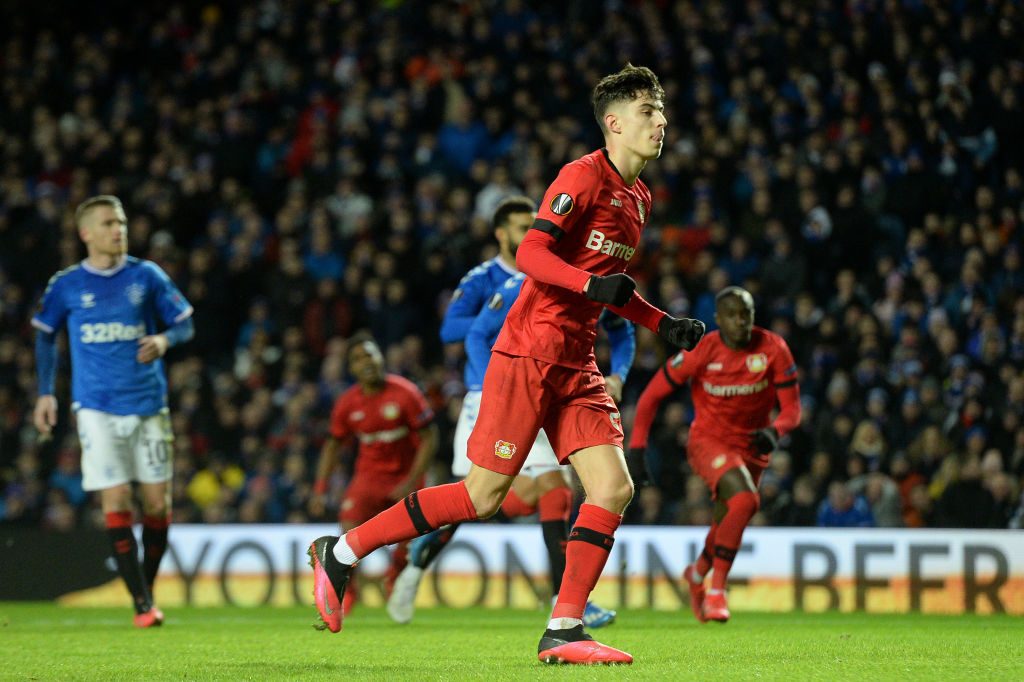 The technically gifted youngster proved a real handful for Everton’s backline, dropping deep to act as a creative outlet, splitting the lines with intelligent runs, and crucially, providing the cutting edge which his side have at times lacked of late.

After seeing his deft effort deflect home for the game’s opener during the first-half, Havertz was also the catalyst in the Londoners’ crucial 2nd, winning a penalty after being floored by Jordan Pickford.

The summer arrival at Stamford Bridge still has some way to go to justify the hefty outlay on his signature, but if he can continue in the same vein as this evening moving forward, then the sky is the limit for Havertz.

As well as marking something of an ‘arrival’ for their young star as a genuine option up top, though, Chelsea’s win over Everton also went about showcasing just how remarkably deep Thomas Tuchel’s squad truly is.

The German, despite handing rests to a number of his side’s star performers this evening, was still able to field a side which, all told, comfortably dispatched of a dangerous Everton outfit.

Mason Mount, N’Golo Kante and Christian Pulisic were introduced off the bench, with the likes of Thiago Silva, Antonio Rudiger, Ben Chilwell, Hakim Ziyech and Olivier Giroud having simply watched on from the comfort of the Stamford Bridge bench.

Tammy Abraham, meanwhile, wasn’t even included in the Chelsea squad.

Thomas Tuchel has a legitimate embarrassment of riches under his watch in west London, and fans of the Blues could be in for a thrilling end to the campaign, if their boss can figure out a way to keep the talent at his disposal fully fit and firing. 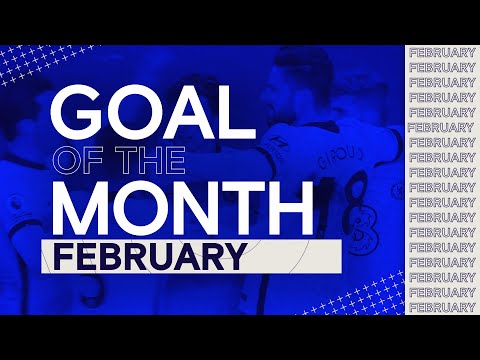 Chelsea Goal Of The Month | February

Take your pick of our best goals from January, featuring Giroud, Mount and Harder!… 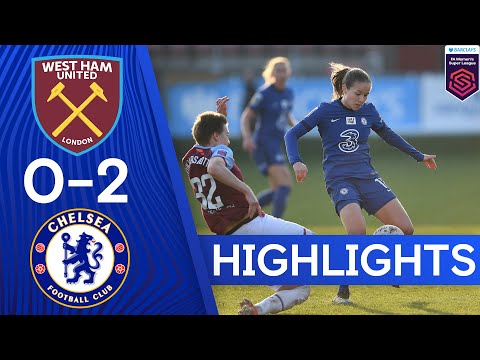 No Rich Woman Will Serve Coke And Fanta At Her Wedding

I AM SET TO REPOSITION JUDO AMONG THE COMMITY OF NATIONS-...