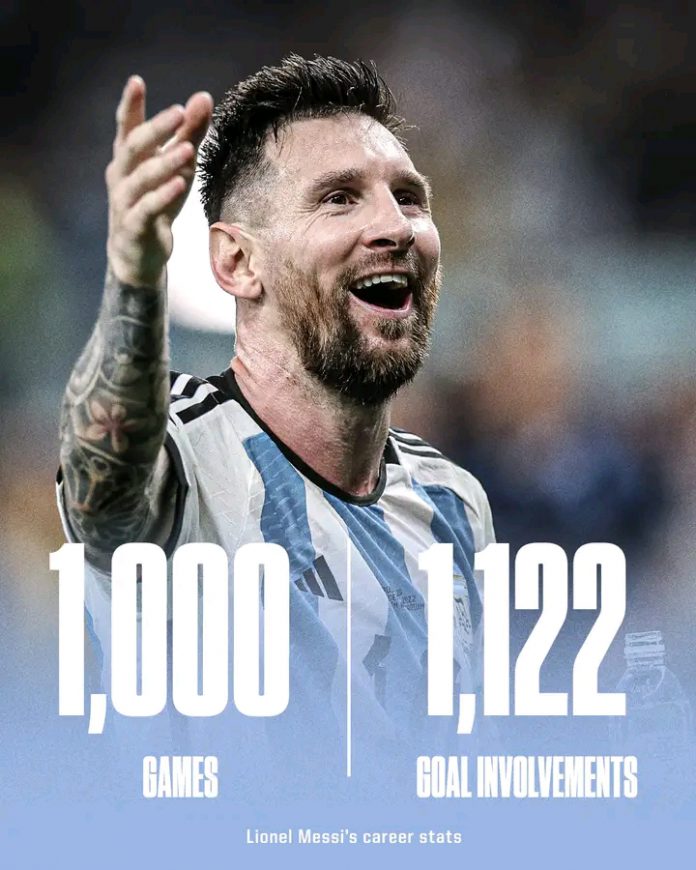 Australia frustrated Argentina for 35 minutes, sitting deep and compact, allowing no space in behind – Alejandro Gomez’s wild shot that flew way over was the only sniff they had.

But every time Messi got his left boot on the ball there was a buzz of excitement in the stadium, sharp intakes of breath anticipating something special.

And the little magician showcased exactly why he is considered one of the greatest of all time in his landmark game, starting and finishing a move that had blue and white shirts dancing in the stands.

Messi saw a free-kick from the left cleared but Argentina recycled the ball, Brighton’s Alexis Mac Allister fizzing a pass into Nicolas Otamendi, who laid it off for Messi to take a touch to set himself before caressing a precise finish into the bottom corner.

Arms outstretched, Messi ran away to celebrate in front of his adoring faithful after converting his ninth World Cup goal – remarkably his first in a knockout-stage match – to move just one behind Gabriel Batistuta’s Argentina record.

A trademark jinking run then came to nothing, but thrilled those watching, who broke out with chants of “Messi, Messi, Messi”.

He could have drawn level – or even surpassed Batistuta – in the second half, but slipped at the vital moment to scuff a shot straight at Ryan and fired another two efforts off target.

“She is winning awards with her cloth on”- Actor Henry Arnold...