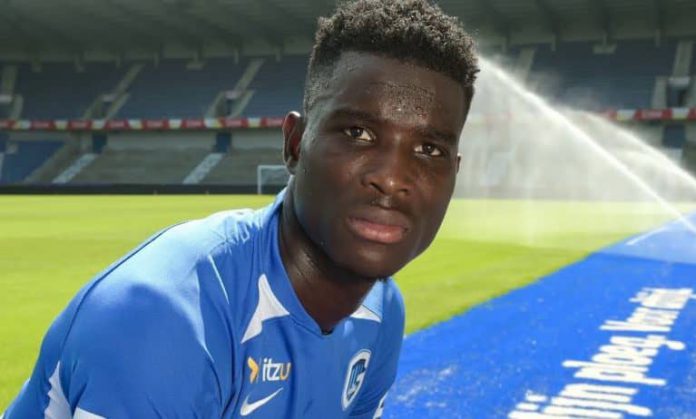 The Nigeria national teamer has already missed three spot kicks this campaign, against RFC Seraing on September 26 before failing to convert twice in the defeat to Sporting Charleroi on October 17.

The former FC Midtjylland star hadn’t missed any penalty he took for Genk before the start of this season, recording eleven goals from the spot.

Onuachu was on absolute fire at the start of the season but he’s now struggling for goals at the moment, given that five games on the bounce without finding the net can be considered a goal drought for a center forward.

Van den Brom admitted that the Nigerian is short on confidence and hopes he returns to scoring ways against Zulte Waregem.

Speaking to Het Laatste Nieuws, Van den Brom said : “He accepted that. The confidence of Paul has been a bit less lately, strikers live on goals.”However, we cannot say that he started badly, he already scored 9 goals. We are extra busy with him during training, to let him finish more individually.” If his first ball hits that Sunday, we won’t talk about it anymore. I’m only going to worry if we don’t create more chances.”
Prior to Onuachu’s poor run in front of goal, the Super Eagles striker registered 11 goals in twelve appearances across all competitions.

Di Maria and Marquinhos both targeted by criminals on Sunday night