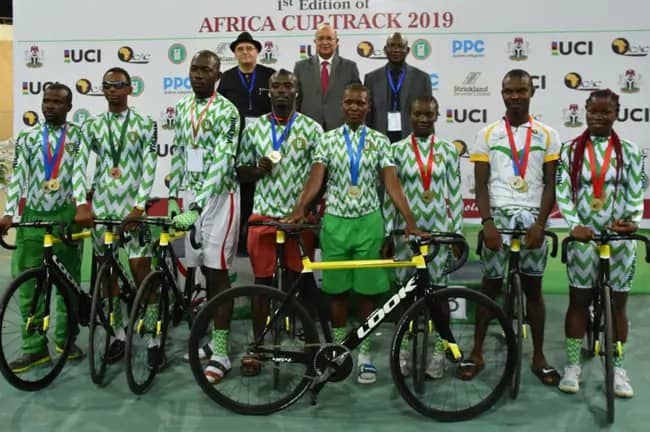 It has not been the best of times for Team Nigeria athletes at the ongoing World Athletics Championship in Eugene, Oregon, USA.

Four days into the events ending on July 24, Team Nigeria is yet to record any podium finish in most of the events already concluded.

From individual track events, to relays and shot put, Team Nigeria athletes fired blank, as their best were not enough to catapult them to the medals table.

On the third day of the Oregon 2022 World Championships, four Nigerian athletes were in action, competing in the women’s 400m, men’s 400mH, women’s 100m and men’s Shot Put.
Nigeria’s only finalist on Day 3 was Chukwuebuka Enekwechi in the men’s Shot Put, managing to throw 20.65m, which was good enough for 11th place.

Grace Nwokocha ran in the first heat of the women’s 100m semifinals, placing 4th with a time of 11.16s, same as what she ran to qualify for the semis where her race was won by Shericka Jackson, the eventual World Silver medallist in the event.

Nathaniel Ezekiel looked poised for a great performance in the men’s 400mH semifinal, but he stumbled across the first barrier and lost momentum for the remaining part of the race. Regardless, he managed to clear all the other barriers to finish the race in 54.18s.

Nigeria’s entrants in the men’s 100m, Favour Ashe and Raymond Ekevwo both had good runs in their different semifinal races. Ashe placed 4th in semifinal three, running 10.12s while Ekevwo who ran in the first semi was 8th in 10.20s.

Meanwhile, the nation’s sole participant on the field Ruth Usoro jumped 13.93m (1.1) to finish 12th in the qualification pool A of the women’s Triple Jump.

Afrobasket: D’Tigress book their place in quarter finals with emphatic 85-65...