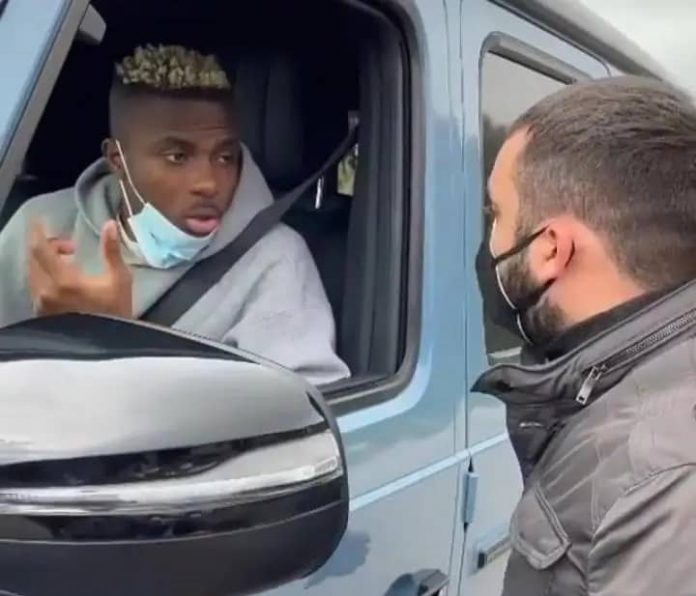 Super Eagles and Napoli hit man, Victor Osimhen, has proven his worth as the most expensive Nigeria footballer by splashing millions of naira on a 2021 Mercedes G-Wagon after inspiring his side to a 0-2 away victory against Venezia last weekend.

Osimhen, 23, was yesterday spotted flaunting the car before Naples fans on the streets of Napoli. The luxury ride, which cost a whopping sum of $156,450, saw the lanky goal getter splashing N65 million in his quest tom acquire the ride.

According to a post on his Instagram, the striker’s close friend and sports journalist, Oma Akatugba, the ride drew attention of well-wishers who commented on the arrival his latest asset.

If his latest achievement is anything to go by, the striker will be joining the likes of world soccer stars, Cristiano Ronaldo and Lionel Messi, in the league of soccer stars that have flaunted a G-Wagon.

Meanwhile, the Napoli star will on Saturday aim at banging goals in a Serie A duel against top of the table rivals, Inter Milan. He has so far netted ten goals in all appearances at the ongoing European football season.

Choguel de plus en plus seul

Big win for Man City, Liverpool & others as CONMEBOL suspends...