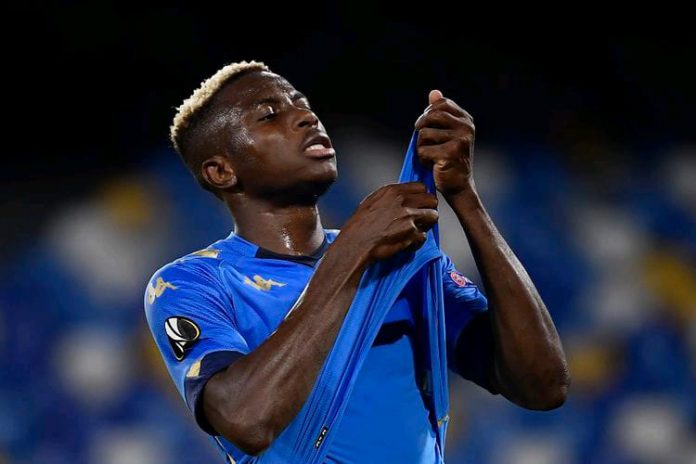 The family feud over Nigeria international, Victor Osimhen’s transfer to Napoli in the Serie A is unending with erstwhile agent to the striker and husband to her sister, Osita Okoro has alleged that a member of the player’s family has threatened the life of his wife.

Osita Okolo, former agent of  Osimhen, who has been embroiled in squabble with the Napoli striker over contractual dispute in the deal from Lille to Napoli, told our correspondent that another member of the Osimhen family, Andrew, Victor’s brother has threatened to have his wife killed for supporting him against her family.

“Andrew is threatening to kill my wife for being in my corner. We went to court on October 7 but it was adjourned till December 6. Osimhen did not show up . The family called for a truce, begging me to withdraw the case but they are unwilling to make Victor pay the money.”

Okolo vowed not to give up on the case until it gets to a legal conclusion.

He called for protection for his family to stop Andrew Osihmen from carrying out his threat.

” I transferred the money to him in good faith but he wants to take what is rightly mine,” he said.

Reacting to the allegation of threatening the life of Osita’s wife, Andrew, in a telephone chat with SportingSun denied having anything to do with Osita.

“I don’t even know him; I’ve never had anything to do with Osita or his wife, especially on the issue with my brother. So, why will I threaten his wife who happens to be my sister? It’s a lie and I think he should be investigated for making an unsubstantiated allegeation,” Andrew said.

Gakpo again as Netherland beat hos to book round of 16...