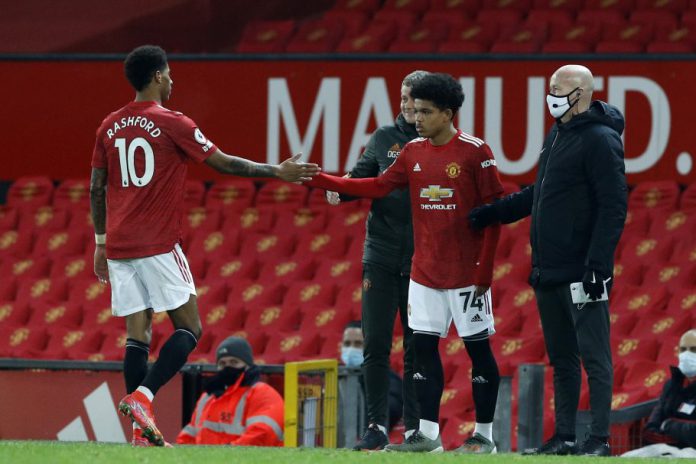 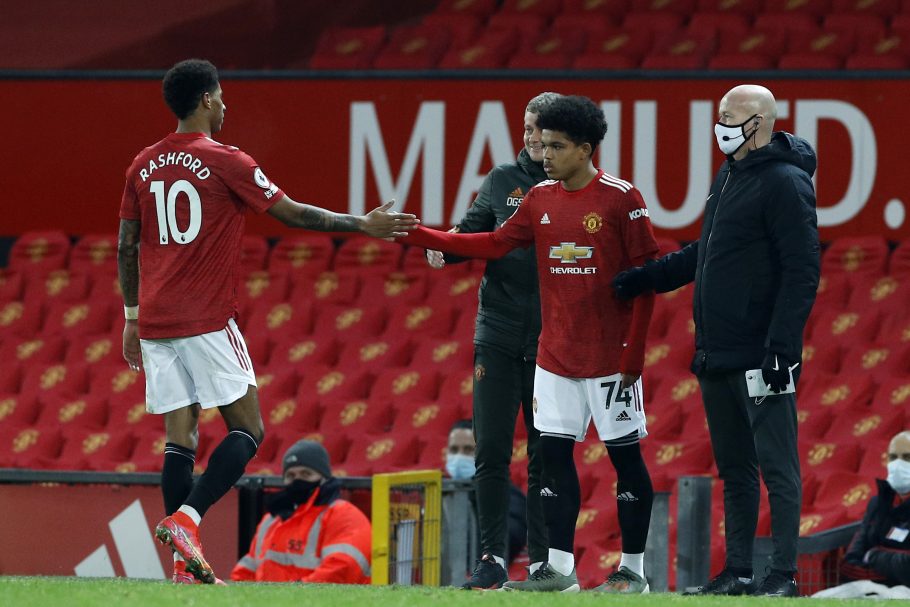 A special moment was forthcoming for Manchester United starlet Shola Shoretire this evening, as the teen emerged from the bench to make his first-team debut versus Newcastle.

Who is the Reds prodigy?

17-year-old Shoretire has long been viewed as one of the most gifted youngsters on the books of United.

The diminutive teen, capable of playing either on the wing or in a more central role, possesses a rake of attacking talents, including a keen eye for goal.

Shoretire’s name first began to catch the eye across Europe during the 2018/19 campaign, when he became the youngest-ever player to feature in the UEFA Youth League.

Incredibly, aged just 14 years and 314 days old, the Nigerian-born Englishman was introduced during a 2-1 victory over Valencia (for the record, the Youth League is a competition for U19 teams).

As such, it subsequently came as little surprise to see Shoretire continue to advance through the youth ranks on the red half of Manchester, dazzling along the way.

Just two weeks ago, for example, the teenage prodigy shone alongside the likes of recent arrival Amad Diallo and Hannibal Mejbri, en route to a hat-trick for United’s U23s versus Blackburn Rovers:

In case you missed it: a 10-goal thriller from our U23s on Friday night! 🍿#MUFC #MUAcademy pic.twitter.com/k8VBjc1hSU

In turn, upon turning 17, United quickly swooped to tie Shoretire down to professional terms, earlier this month.

He has since gone on to link up with the club’s first-team squad, training alongside the stars of Old Trafford, under the watch of Ole Gunnar Solskjaer.

And, evidently, the United boss has been impressed by what he has seen.

This was first evidenced on Thursday night, when Shoretire was handed a spot on the bench for the Red Devils’ Europa League meeting with Real Sociedad.

And, as outlined above, tonight saw the attacker go one better.

Late in the club’s Premier League meeting with Newcastle, with the scoreline at 3-1, Shoretire was introduced to the fray at the Theatre of Dreams, for his first taste of senior football.

In the process, the English youth international etched his name into the history books of Manchester United, as the 2nd-youngest player to ever don the club’s colours, during the Premier League era:

Shola Shoretire makes his Premier League debut at 17 years old — the second youngest age a player has done so at Man Utd in the club’s history.

What a moment for him. 🧬 pic.twitter.com/BGXLlmoOWH

Ahead of Sunday’s visit of Newcastle, we look back on ten of our best…

Man United fans are getting excited about a Sancho/Varane double deal...