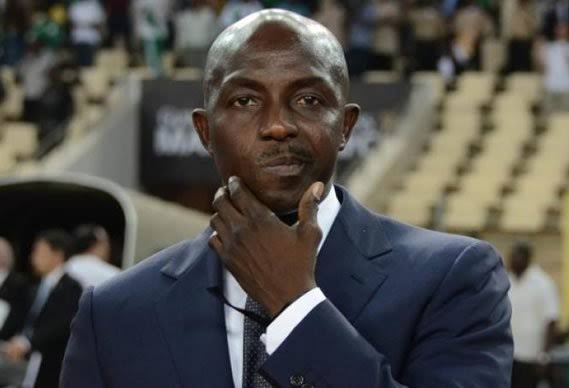 Former Super Eagles coach, Samson Siasia has said that until his lawyer finished studying the Court of Arbitration for Sports (CAS) decision he would not address the public on the said decision.

CAS in a statement on Monday upturned FIFA life ban on the former Nigeria U23 National Team coach reducing the ban to five years.

In an exclusive interview the ex-international said; “I cannot talk on the VAS decision for now. My lawyer is still studying the decision and until when he’s done with it, I will not address the public.” He said

The former Flying Eagles head coach was handed a life ban from all football related activities with a fine of 50,000 Swiss Franc in 2019 after he was found guilty of bribery allegation by World soccer governing (FIFA).

CAS panel during the meeting challenge the decision in a statement which reads;

“Mr Siasia is banned for 5 (five) years from taking part in any kind of football-related activity at national and international level (administrative, sports or any act) as of 16 August 2019.

“The panel determined the imposition of a life ban to be disproportionate for a first offence which was committed passively and which had not had an adverse or immediate effect on football stakeholders, and that a 5 years ban would still achieve the envisaged aim of punishing the infringement committed by Siasia.” The statement added.

Olympics: Minister spurs D’Tigers ahead of next game

”We need jobs”- Ghanaian youths assert as they reject gifts from...

President Kenyatta calls for intensification of fight against malaria in Africa

Super Eagles will soon have a home ground for Matches