Ole Gunnar Solskjaer has provided updates on several players ahead of his side’s meeting with Chelsea.

Manchester United were in Europa League action on Thursday evening.

The Red Devils played host to Real Sociedad in the second of two last-32 legs between the pair.

United hammered Sociedad 4-0 in the previous meeting, meaning they were all but guaranteed a spot in the last-16.

And after playing out a rather drab 0-0 draw at Old Trafford, this is exactly what Ole Gunnar Solskjaer’s side managed.

The Manchester powerhouse now turn their attention to the domestic front, with a Premier League clash vs Chelsea taking place on Sunday.

United’s title hopes are now looking very much to be over, as they currently sit 10 points off Manchester City.

However, the race for a top-four spot is still very much alive. And with Chelsea sitting just six points adrift of United in 5th, the Manchester outfit could really do with a win this weekend to put some daylight between themselves and the chasing pack.

However, when speaking post-Sociedad, Solskjaer stated he was hopeful the trio could return for the weekend’s game with Chelsea:

“Scott, Donny and Edinson we hope that they can be available for the weekend, but I’m not sure. Paul is still out for a few weeks unfortunately.”

Solskjaer also provided an update on Daniel James, who came off early in the second 45 on Thursday with a knock:

“With the intensity he works at he felt something, so we hope it’s not really serious; we’ll have to check on him. It gave Amad a chance to have half an hour-ish.” 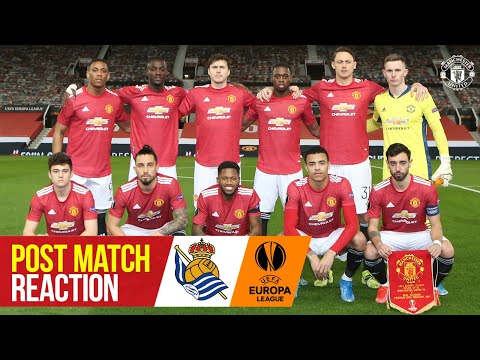 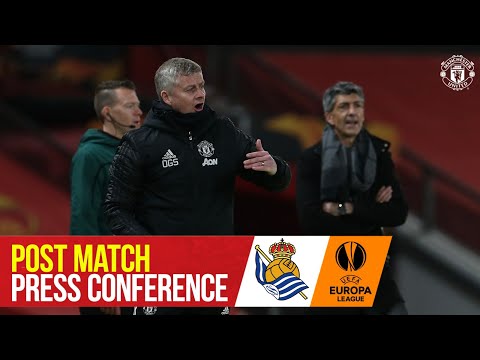 Tracey Boakye has been slammed by fans for running her husband’s...