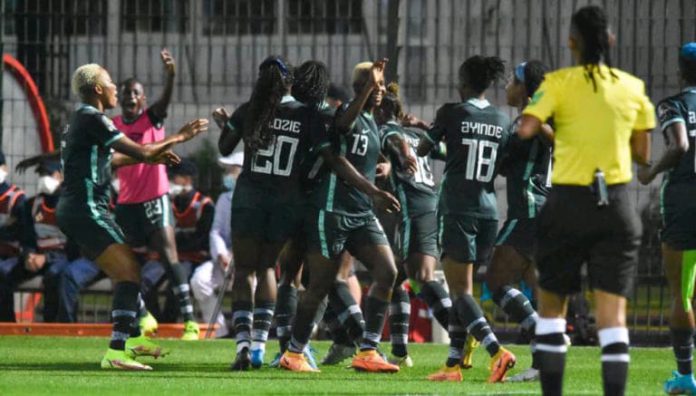 Nigeria will play joint-hosts Australia, Canada and Republic of Ireland i Group B of the 9th FIFA Women’s World Cup finals happening in the summer of next year.

At the draw ceremony held in Auckland/Tâmaki Makaurau on Saturday, it emerged that Nigeria will play Canada in her first match of the compettion to be staged in a total of nine cities (five in Australia and four in New Zealand), and which will boast 32 teams – the biggest in the history of the FIFA Women’s World Cup since it began in China in 1991.

Joint-hosts New Zealand will battle Norway, Philllipines and Switzerland in Group A.

Nigeria, alongside USA, Brazil, Norway, Sweden, Germany and Japan are the only seven countries to have featured in all previous editions of the FIFA Women’s World Cup, between China 1991 and France 2019.

The Falcons were on tour of Canada six months ago, where they played two matches against Olympic champions Canada, losing one narrowly and drawing the other.

Ed Woodward relocates to London to oversee Manchester United from the...