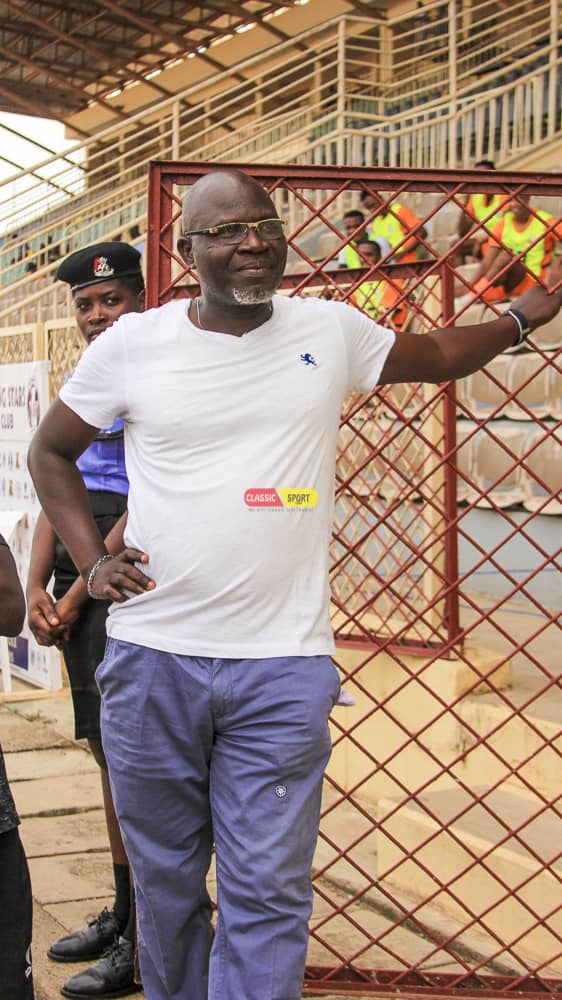 Team Coordinator of Shooting Stars of Ibadan, Akintominiyi George Adu has assured Oluyole Warriors fans that the team will not be complacent as they kick off the second phase of the Nigerian National League (NNL).

According to Adu, “We have had a superb first stanza of the season no doubt; going eight matches unbeaten, losing a game, scoring 21 goals and conceding three. But that’s not to say we’re there yet.

“Going by the rule of life, it’s always tough to get to the top and tougher to remain at the top. So it’s going to be a different ball game in the second phase of the season as most teams would have used the one month break to restrategize by fortifying their squad with new players and adopt new game plans. In a nutshell, the top teams should expect a shocker from the lower teams who’ll be desperate to beat the drop”

“For 3SC, the target remains a ticket to play premier league football come next season. So the players, coaches and other backroom staff are still committed to the course.

“In the talk the General Manager of the club, Rasheed Balogun ‘Ekulekule’ had with the team going into the conclusion of the current season, he charged the players to maintain the winning tempo, not be over confident going into matches and never underrate any team at this period.

” The players assured Balogun that they are turbocharged for the task ahead as they also assured the numerous fans of NPFL football next season as the refurbished Lekan Salami Stadium, Adamasingba.

“I also want to use this medium I thank the Executive Governor of Oyo State, HIS Excellency Engineer Seyi Makinde for his commitment and passion for the club as he has given the team an enabling environment to excel.

“Also not forgetting our amiable Commissioner for Sports and Youth Development, Seun Fakorede who works tirelessly round the clock to ensure the team is not lacking in terms of welfare and motivation