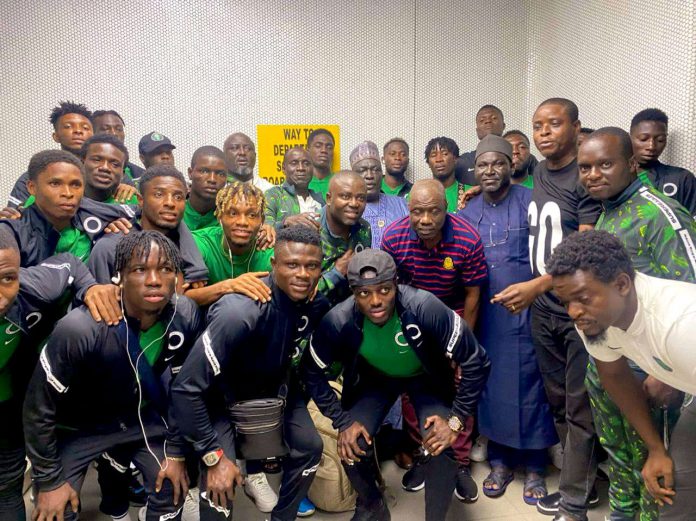 The Nigeria U23 national team are in search of a goal poacher ahead of their second leg of the U23 African Nations Cup qualifier against Tanzania.

The 2015 African champions have on Saturday played a favourable 1-1 away draw in the first leg with the second leg coming up on Saturday 29th October at the Lekan Salami stadium, Ibadan.

“Nigeria would have won if our attackers converted the missed opportunities.” Salisu said after the match.

In a deliberate attempt in making sure Nigeria qualify for the Nations Cup, the coaching crew have resolved to shop for strikers who can comfortably lead the team to victory in their subsequent games ahead of the 2023 U23 African Nations Cup.

One of the Coaching crew who spoke on condition of anonymity admitted that all other departments of the team are good but expressed fear over waste of scoring opportunities, hence, the search for potent strikers.

“We are seriuosly in need of a goal poacher. He told BSN Sports.

“I am aware that Sunusi Ibrahim will arrive and play against Tanzania in Ibadan.” He concluded.

Tanzania beat South Sudan in the First Round to book a Second Round faceoff with Nigeria.

Death Of The Queen: UCL To Go Ahead For Chelsea, Liverpool,...