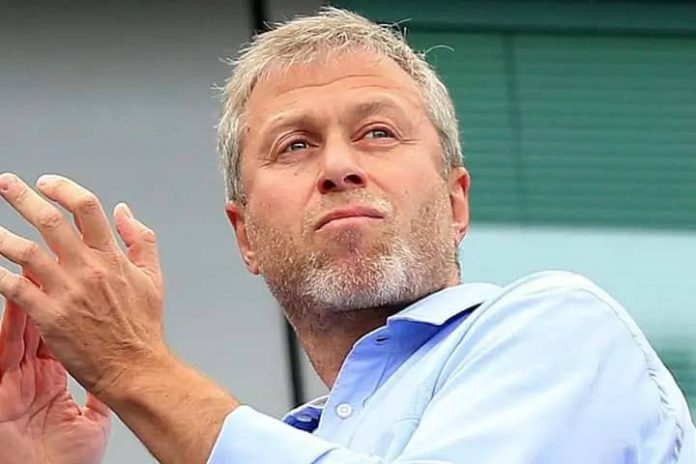 Chelsea FC owner Roman Abramovich has been sanctioned by the UK government as part of its response to Russia’s invasion of Ukraine.

He is one of seven oligarchs to be hit with fresh sanctions, including asset freezes and travel bans.

The list also includes billionaires Igor Sechin and Oleg Deripaska, both seen as allies of Vladimir Putin. Prime Minister Boris Johnson said “there can be no safe havens” for those who have supported the invasion.

“Today’s sanctions are the latest step in the UK’s unwavering support for the Ukrainian people.

“We will be ruthless in pursuing those who enable the killing of civilians, destruction of hospitals and illegal occupation of sovereign allies,” Mr Johnson said.

The government had come under pressure to sanction Mr Abramovich, who said he had made the “difficult decision” to sell Chelsea FC earlier this month.

The football club is among the assets frozen as part of the sanctions against Mr Abramovich and its sale is now on hold.
The government said it would issue a special licence that allows fixtures to be fulfilled, staff to be paid and existing ticket holders to attend matches.

Season ticket holders can still attend games they have tickets for but the club can not now sell any more tickets for games.

The club’s merchandise shop will be closed.
Mr Abramovich, 55, is alleged to have strong ties to Russian President Vladimir Putin, which he has denied.

The government said Mr Abramovich, who has an estimated net worth of £9.4bn, is “one of the few oligarchs from the 1990s to maintain prominence under Putin”.

Mr Abramovich has stakes in steel giant Evraz and Norilsk Nickel. He sold a 73% stake in Russian oil firm Sibneft to state-owned gas titan Gazprom for £9.87bn in 2005.

While the sanctions against him throw Chelsea FC’s future in doubt, ministers sought to reassure the club it would not be “unnecessarily harmed”.

In a tweet, Culture Secretary Nadine Dorries said holding those who have “enabled the Putin regime to account” was the priority.

“I know this brings some uncertainty, but the government will work with the league and clubs to keep football being played while ensuring sanctions hit those intended,” she wrote.

The UK and its western allies have been ratcheting up sanctions against individuals and companies linked to President Putin since the invasion of Ukraine was launched on 24 February.

The government said Thursday’s sanctions against “seven of Russia’s wealthiest and most influential oligarchs” were part of the UK’s “efforts to isolate Putin and those around him”.