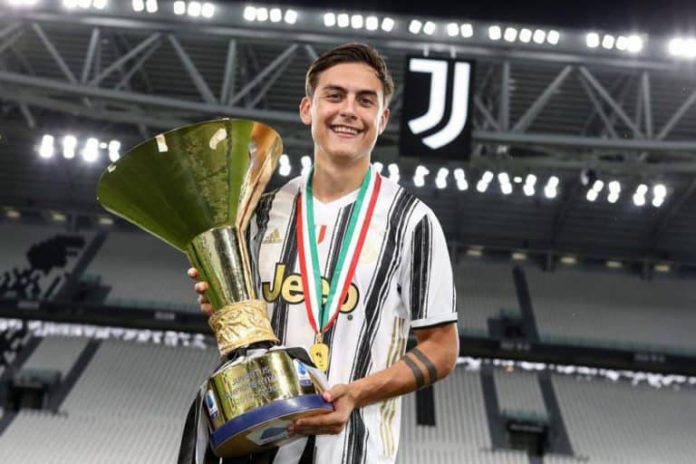 Manchester United is reportedly in ongoing talks with the agents of Paulo Dybala over a possible move for the Argentina international ahead of the 2022-23 campaign.

The 28-year-old is now officially a free agent, having seen his contract at Juventus expire at the end of June, and Inter Milan were thought to be at the head of the queue for his signature.
However, the move has now been thrown into doubt following the return of Romelu Lukaku to San Siro on loan, with Inter CEO Guiseppe Marotta claiming that the team’s attack is now ‘complete’.

“Dybala’s part of the free agent players available on the market – he’s and he was one of the opportunities, but we’ve already completed our attack with very good players,” Italian journalist Fabrizio Romano quotes Marotta as saying.

Meanwhile, according to Romano, a proposed switch to Inter has been on ‘stand-by for one month’, with the attacker now unlikely to make the move to San Siro.

A recent report claimed that Man United had been in contact with Dybala’s agent to determine whether the South American would be interested in a switch to Old Trafford this summer.

According to Italian journalist Angelo Mangiante, negotiations between the two parties are ‘ongoing’, with the Red Devils keen to bring him to the club ahead of the 2022-23 campaign.

Dybala was again in impressive form for Juventus during the 2021-22 campaign, finding the back of the net on 15 occasions in 39 appearances in all competitions, in addition to contributing six assists.

Meanwhile, he scored 115 goals and registered 48 assists in 293 appearances for the Old Lady between 2015 and 2022, winning five Serie A titles, four Coppa Italia crowns and three Italian Super Cups.

Mantashe downplays booing while Cosatu warns ANC to buck up

Rudiger: Why I Dumped Chelsea