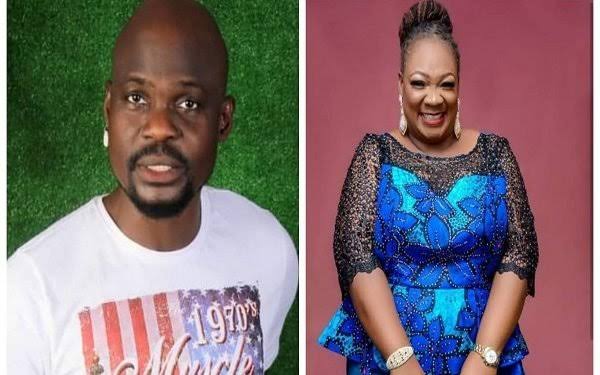 Nigeria‘s Damilola Adekoya (Princess Comedienne) has once again release another evidence against her colleague in the industry, Baba Ijesha.

She released voice messages sent to her by Baba Ijesha’s alleged secretary personnel.

In one of the voice conversations, Baba Ijesha’s alleged secretary said that she firstly did not believe Princess until she got to the reality that the Baba Ijesha is a flirt who has once harassed her and her family sister.

In the voice note, the secretary identified her name to be Makinwa Elizabeth. She also said that other victims have told about how Baba Ijesha had molested them too.

“#Survivingbabaijesha Forgive & forget is what got us to where we are today. People keep committing crimes & dehumanizing others but they are the ones who turn round to claim they are victims. His victims are numerous and spans over 20years for God’s sake!!! Yoruba ronú, we need to STOP covering EVIL if we want to move forward. Trying to smear my name & bully me at all cost shows you are a RAPE Apologists. Baba Ijesha has a case with Lagos State, go and face the government and leave me alone.”

Temmie Ovwasa: I choose to be a lesbian

I am not dating Shatta Wale – Mona Faiz says

“No weapon fashion against me shall prosper” – Peruzzi replies lady...