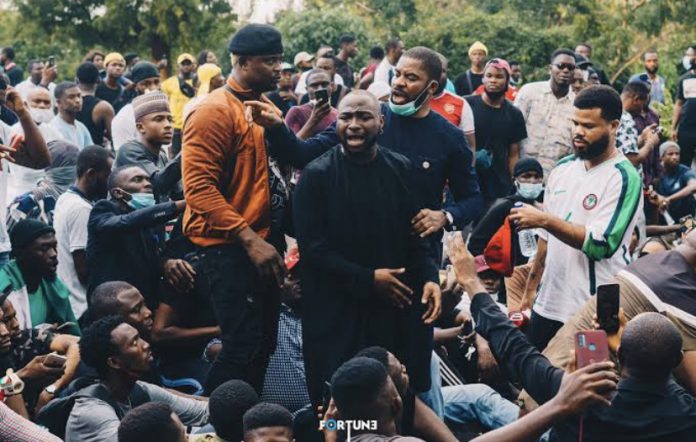 David Adeleke known as Davido has revealed how he got into the problem and left the country for endorsing the #EndSARS campaign.

He disclosed this while speaking of how his song, ‘Fem’ became an anthem for the #Endsars protest during a chat on “The Daily Show” with Trevor Noah.

He said,“ I did not record the song (Fem) thinking the protest was going to happen.”

Enjoying the experience, Davido opined he found his voice serving as an instrument for the people amazing.

Describing the downsides that came with his support, Davido said: “I got into a lot of trouble. I had to actually leave the country. It was that bad.

“I was reposting everything that had to do with the campaign. It was amazing to see people come out like that.”

“And I will say this: they listened to us. They heard us. They might not have changed anything but they were shook.

Allegations against Duduzane could affect his ambitions of a prominent ANC...