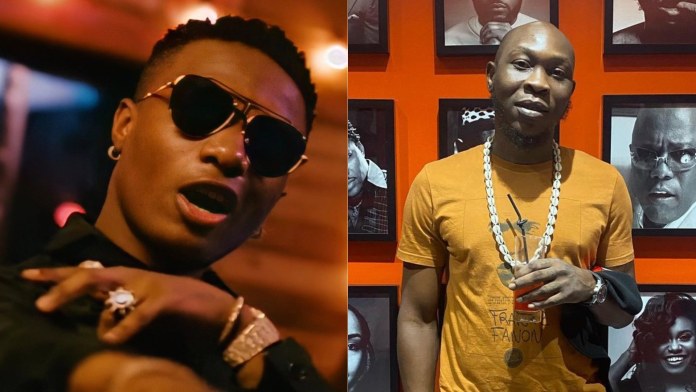 Ayo Balogun known by many as Wizkid, has begged to Seun Kuti to overlook his fanbase, Wizkid FC after they bounce on him because he said that Wizkid is not a qualified Grammy winner.

Seun had said that the Wizkid can’t be referred to as a true Grammy winner because he did not win an award for his album nor music; rather, he won it as a featured artist in the category of Best Music Video.

Seun further said that getting known for your body of work as an artist is different from getting an award for showing in a music video.

Wizkid’s Grammy plaque for winning Best Music Video for Beyonce’s ‘Brown Skin Girl’ recently went viral and Wizkid FC came at Seun Kuti again, remembering him for saying that Wizkid is not a true winner when he has also received his own plaque just as Burna Boy.

Seun who was ready for the backlash took to his Instagram page to clap back at them.

“no mind them jare. Get the sax and make some music Brother.. We all enjoyed your last album. We still dey dance like this.”

Pope Urges Governments To Stop Sending Migrants Back To Libya