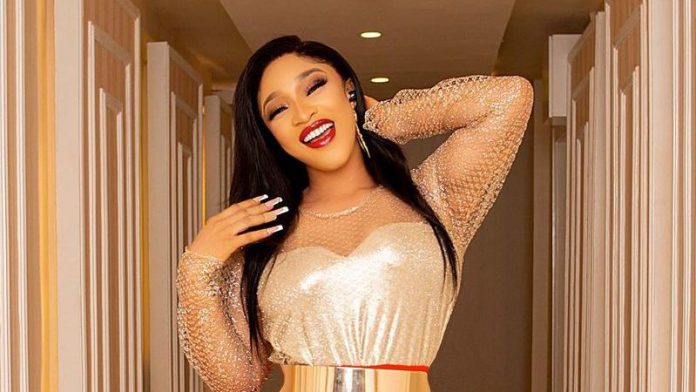 Nollywood Actress Tonto Dikeh has expressed joy for not knowing her biological mother while growing up as a child.

Dikeh noted her late stepmom was the best woman on earth as she never made her feel the absence of her biological mother.

While speaking during an interview, Dikeh explained that her stepmom, who she described as s support system, was deeply involved in her life.

She noted that the deceased showered her with all the motherly love anyone could ever receive, leaving her grateful to God that she never knew her real mom.

She said: ”My stepmom was the only woman involved in my life who also supported me when I left home to pursue my career in the entertainment industry.

Timi Dakolo, 23 others selected for AFCON project, ‘Sing for Africa’