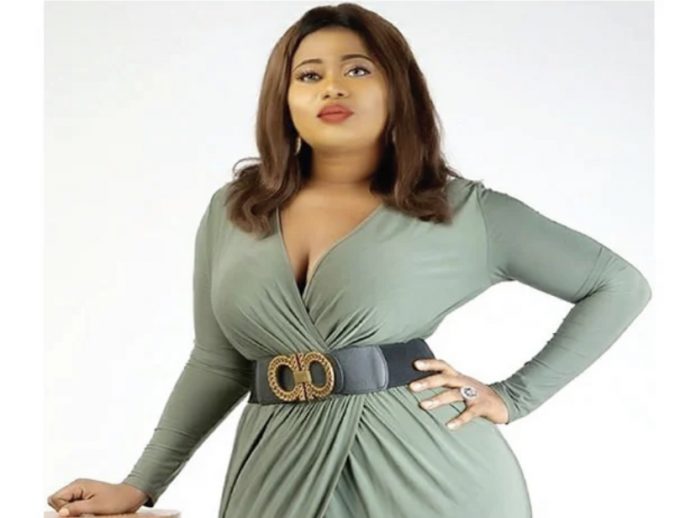 Actress, Ebere Okeke, is of the opinion that actresses who offer sex in exchange for movie roles lack talent.

In an interview with Punch, “Although I act sex scenes in movies if the storyline demands it, I believe that actresses who have sex with movie producers or directors in order to get roles do not have talent. Some filmmakers have told me that some people pay so much in cash and kind in exchange for movie roles. I feel that is ridiculous. Actors and actresses should be well paid because they are doing good jobs. I think the girls who beg producers for roles and offer to pay in kind just to be on the screen are the ones causing the problem. Actresses should be good at what they do and get movie roles on merit rather than buying roles with whatever else they can offer. I have never had a reason to have sex with any producer to get movie roles, and no producer or director has ever asked me to have sex with them to get movie roles because I am not desperate. Only desperate ladies do crazy things to get movie roles. I love money, so if I have to act in a movie, I always receive my payment.”

Revealing what spurred her to seek a career as an actress, Okeke said, “I have always loved acting because I grew up watching a lot of veteran Nigerian actors and actresses. I started acting in 2010 and I have featured in over 70 movies. The first movie where I acted a lead character was ‘Polygamous Battle’. Another movie was Enemies of Progress, where I acted alongside Nkem Owoh, Uche Ogbodo and Anita Joseph among others. However, I was partially off the scene for some time but returned to the industry full-time six years ago. Since then, I have been consistent.”

The 33-year-old actress also noted that though she is in a profession that put her in the public glare, she is a private person. She added, “Although being an actress affects my private life to some extent, I do not feel it so much because I live a very private life. I am not active on social media because I prefer to live a life secluded from the industry. However, it feels good to know that I make people happy.”

Fists fly in Honduran Congress ahead of new president’s inauguration