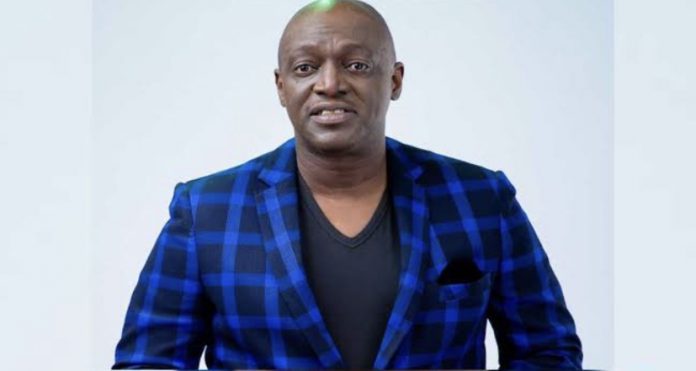 An American lady, based in Texas, identified as African Doll, has accused Nigerian gospel music minister, Sammie Okposo, of impregnating and abandoning her.

She disclosed that she met Sammie in Texas when he was on a tour of the US and he invited her to his hotel where she spent the night and messed around with him.

Alongside screenshots of a conversation with the gospel artiste, Doll claimed she had a relationship for months and spent time together until she found out she was pregnant in January.

She disclosed that Sammie told her to abort the baby when she informed him of the pregnancy.

“Sammie okposo got me pregnant and does not want to take responsibility and blocked me on all social media platforms.

“We met at a concert in one church close to my home and we started following each other on Instagram. He asked for my number from Instagram and we started conversing regularly.

“I know it’s wrong what I did sleeping with a married man and tried to communicate with him so we can find a way out but he kept telling me I’m trying to disgrace him.

She, however, said she’s not trying to get anything from him or blackmail him but he disrespected her by calling her names.

“After I left the hospital and called him, he told me to do the needful and get rid of the child after I told him I was pregnant.

“He blocked me and called me names when the issue of the baby came up,” she claimed.

She added that she came out because Sammie has left her to sort out the issue alone.

This is coming at a time when Sammie Okposo apologised to his wife for cheating on her with a mystery lady in the US in 2021.

President Ruto back to political backyard for National Prayers next Sunday

Partnering with men and boys to end FGM: A call to...