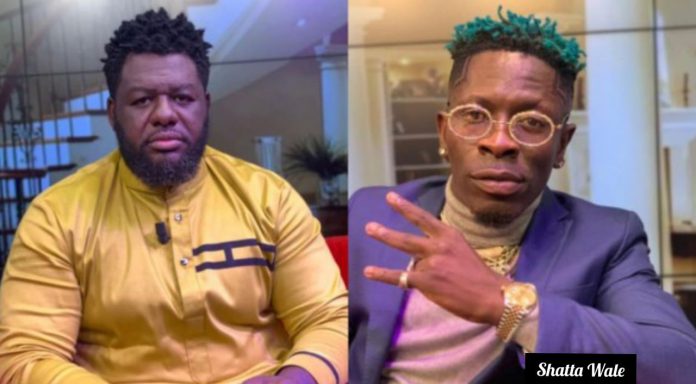 Artiste Manager, Nana Hanson, popularly known as Bulldog has sued Dancehall artiste, Shatta Wale for his alleged claims that he has a hand in the death of an artiste Manager, Fennec Okyere, who was murdered in 2014.

The defamation suit comes after Shatta Wale, in a social media post on Wednesday, November 2, threatened to expose his ex-manger, Bulldog, in an alleged involvement in Fennec Okyere’s death.

Meanwhile, Bulldog is now seeking a court order for Shatta Wale to retract the defamatory statements and apologise without reservation for eight days.

He is also requesting special and punitive damages against his former artiste for the publication.

However, Fennec’s murder is yet to be solved by the police. His case had been added to the cold cases of the Ghana Police Service until Shatta Wale’s comment revived it in the public domain last week.

Bulldog in a writ filed on Monday, November 7, 2022, argues that, Shatta Wale had repeatedly gone public with claims damaging his reputation and connecting him to the murder of Fennec Okyere who until his death managed rapper, Kwaw Kese.

In the last few weeks, Bulldog and Shatta Wale had publicly given a hint on their simmering sour relationship when Bulldog claimed Black Sherif’s album, The Villian I Never Was will do better than Shatta’s new Gift of God album.

The two had been on loggerhead on social media but things got to a boiling point when Shatta Wale insinuated that Bulldog had a hand in the death of Kwaw Kese’s late manager.

However, the post attracted lots of attention on social media with Kwaw Kese making a passionate appeal to the police to get Shatta Wale and Bulldog assist in investigations of the murder of his deceased manager.

CAN sues Federal Government of Nigeria over CAMA