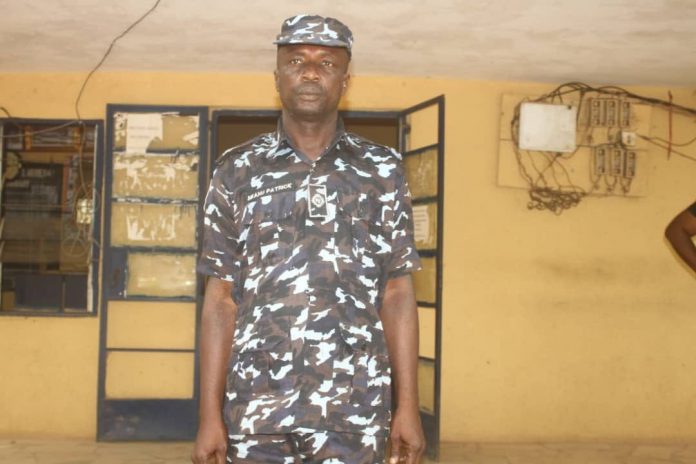 The Ondo State Police Command has arrested a man, Nkanu Patrick for impersonating an Assistant Superintendent of Police.

Nkanu, 50, was arrested by a team of police officers from the Ore Division at about 2 p.m, on Wednesday, February 22, during a stop and search operation along the Benin/Ore Expressway way.

The police spokesperson in Ondo State, SP Funmilayo Odunlami, said in a statement on Thursday that the suspect was caught while escorting a Volkswagen mini bus conveying pharmaceutical products heading towards Benin.

“On the 23rd of February, 2022 at about 2.00pm a team of Policemen attached to Ore Division who were on stop and search duty along Benin/Ore Expressway and intercepted a Volkswagen Mini Bus carrying Pharmaceutical Products enroute Benin being escorted by the suspect in a complete Police camouflage uniform,” Odunlami stated.

“His dressing arose the suspicion of the Policemen on duty and had to probe further into his particulars, when asked of his identity, he could not give satisfactory account of himself as a Police officer.

“Investigation however, revealed that the suspect, Nkanu Patrick has never been a Policeman but was close to policemen in his area. He will soon be charged to Court.”