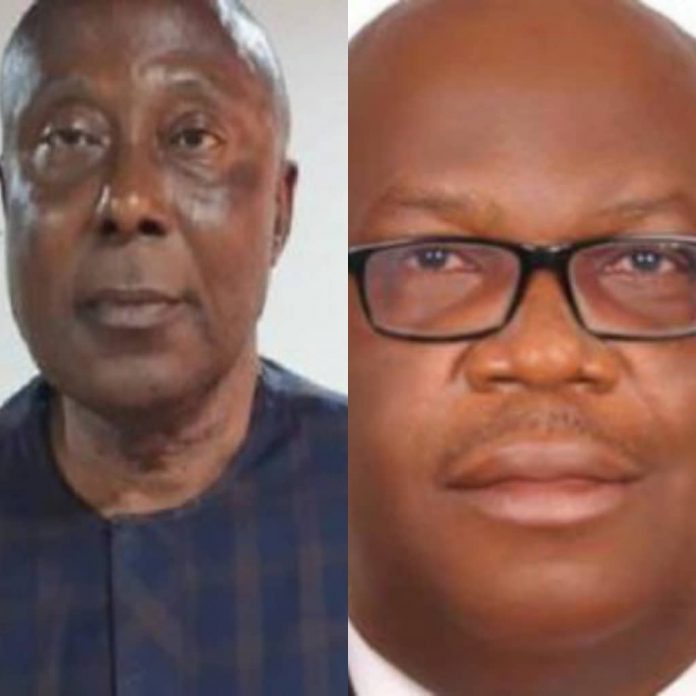 The Federal government has unseated Chukwuyere N. Anamekwe as the acting Accountant-General of the Federation (AGF).

It was gathered that Anamekwe was replaced two weeks ago with AGF Mr. Okolieaboh Ezeoke Sylvis, a former TSA (Treasury Single Account) Director.

Anamekwe’s replacement followed allegations that he was being investigated by the Economic and Financial Crimes Commission (EFCC). It was also gathered that the government was not comfortable with his revelation that it was borrowing to pay salaries.

The report stated that the Federal government has initiated a search for a new AGF. The Head of the Civil Service of the Federation (HoCSF), Folasade Yemi-Esan, has issued a circular to that effect.

In a memo titled: “Commencement of the process of appointment of a substantive Accountant-General of the Federation”, the HoCSF directed permanent secretaries to forward details of eligible directors on Grade 17 to her on or before 4:00 pm on Wednesday, July 6, 2022.

The memo stated the qualification of level 17 officers qualified for the position.

“Those who have attained the position of Substantive Director (Grade 17) on or before January 1, 2020 and are not retiring from the service earlier than December 31, 2024 are eligible to participate in the selection process while officers undergoing disciplinary proceedings are excluded,” it stated.