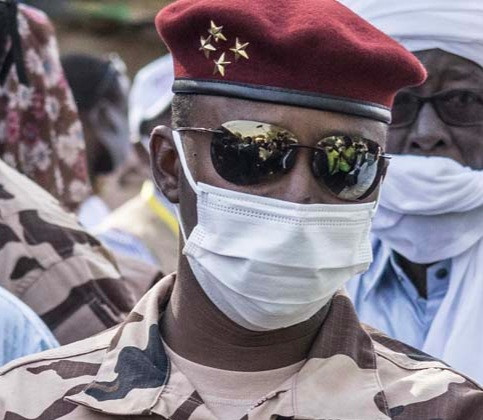 The son of the former President of Chad, Mahamat Idriss Deby Itno has taken over as the new leader of the country.

It should be recalled that Idriss Debt Itno ruled for three decades before his 37-year-old son took over.

This was disclosed in a charter released by the presidency on Wednesday.

The charter states that Mahamat Idriss Deby Itno has been named transitional leader as head of a military council following his father’s death and will “occupy the functions of the president of the republic” and also serve as head of the armed forces.

Mahamat Idriss Deby Itno immediately took charge of a transitional military council and appointed 14 of the most trusted generals to a junta to run Chad until “free and democratic” elections in 18-months time.

Commander in chief of the all-powerful red-bereted presidential guard or DGSSIE security service for state institutions, he carries the nickname Mahamat “Kaka” or grandmother in Chadian Arabic, after his father’s mother who raised him.

It was gathered that Mahamat is a career soldier, just like his father.

“He has always been at his father’s side. He also led the DGSSIE. The army has gone for continuity in the system,” Kelma Manatouma, a Chadian political science researcher at Paris-Nanterre university, told AFP.