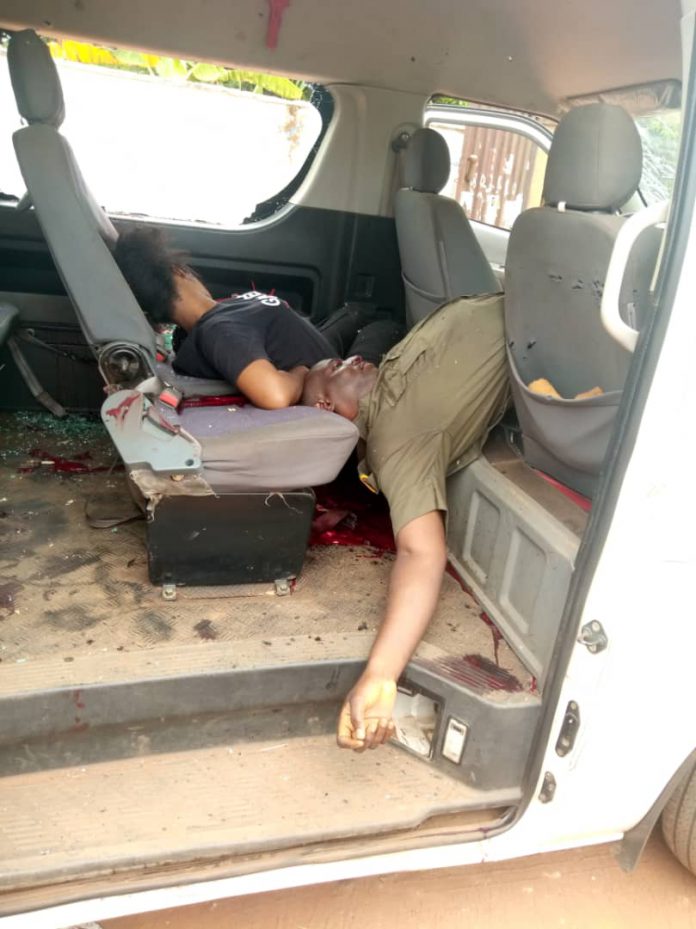 An inmate of Aguata Custodial Centre on Friday escaped from a Nigerian Correctional Service (NCS) vehicle in Anambra State.

According to a security news platform (PRNigeria) it was gathered that the inmate, whose identity is still unknown, ‘disappeared’ after suspected gunmen attacked the correctional service official car, on its way to a court.

A reliable source told the security news platform that the attack was planned by the inmate’s brother.

He said an arms squad personnel and a policewoman were killed by gunshots, while the driver and in-charge court were not found yet.

“The court escort was also wounded and is still unconscious,” he added.