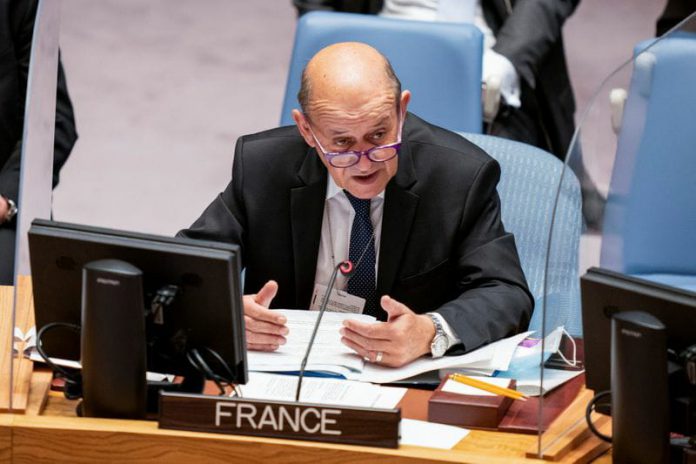 French Foreign Minister, Jean-Yves Le Drian told the United Nations on Monday that Mali must stick to its election timetable.

He explained that French military efforts to combat terrorism in the Sahel “are not sustainable without political stability and respect for the democratic process.”

“I particularly have in mind the timetable for elections in Mali, which must be strictly observed,” he said in a video statement to the annual high-level meeting of the U.N. General Assembly.

Pupils at this school study outside to escape overcrowded classrooms