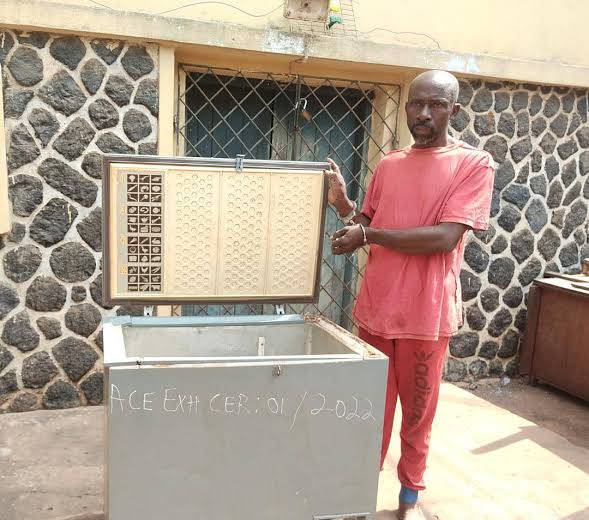 A 52-year-old man, Ifeanyi Amadikwa, has been arrested by the operatives of the Enugu State Police Command for allegedly killing his two biological daughters and a step daughter.

It was gathered that the father dumped the corpses of his three daughters in an unused deep freezer in the house.

Amadikwa was said to have killed his daughters after his wife and mother of the children left them in his care and went to the market with the only son.

The suspect was arrested by the Enugu Metro Area Command of Enugu State Police Command, where he is currently being detained.

NDLEA recovers over 200,000 Tramadol tabs in raids of 4 States

‘‘I was dehydrated’’- EFCC boss, Abdulrasheed Bawa opens up on Slumping...