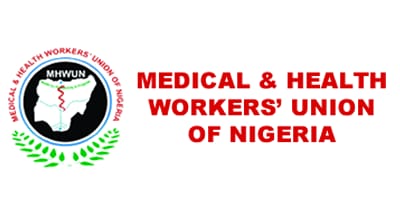 Medical and Health Workers Union of Nigeria (MHWUN) announced that it would not hesitate to declare a solidarity strike for university-based unions, if the federal government does not do the needful.

According to a statement jointly signed by the National President and Acting Secretary-General, Biobelemoye Josiah and Auwalu Kiyawa, affirmed that the body would not hesitate to act if the Federal Government fails to resolve the ongoing impasse soon.

Academic Staff Union of Universities (ASUU), Non-Academic Staff Union of Educational and Associated Institutions (NASU), Senior Association of Universities Teaching Hospital, Research Institutes & Allied Institutions (SAUTHRIAI) and National Association of Academic Technologists (NAAT) are currently on work-to-rule over the failure of government to honour the terms reached in the May 2021 Memorandum of Understanding (MoU) signed with the university teachers.

The unions are also kicking against the continued deployment of the Integrated Payroll and Personnel Information System (IPPIS) as a payment platform.

MHWUN stated that no responsible government would close down its public tertiary Institutions in this 21st century, adding that patriotism demands better funding for the universities and welfare for its teaching and non-teaching staff.

The group expressed worry about the development when juxtaposed against the academic future of the citizenry when children of politicians and top government officials are busy schooling uninterrupted abroad at a higher fee.