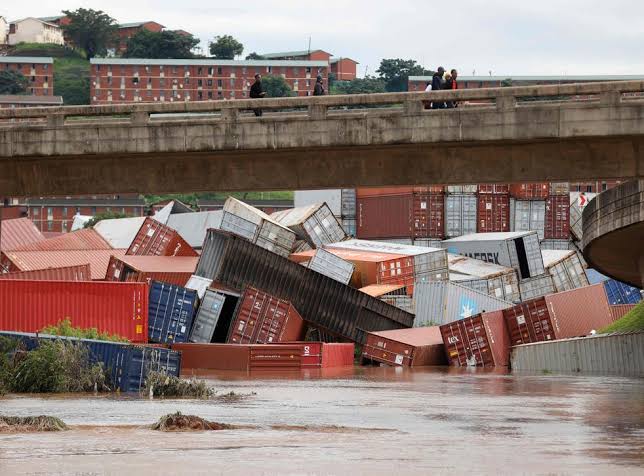 Several hundred people have lost their homes and belongings, and electricity has been cut off to a number of areas.

The city’s port, the largest and busiest in sub-Saharan Africa, and major highways suffered major damage due to sustained rainfall which burst banks of rivers and led to surging waters. Dozens of shipping containers were pictured in the floodwaters, buckled and cracked open.

South Africa’s military has been deployed to Durban and the surrounding Thekwini metropolitan area on Tuesday to help with rescue efforts locally.

Between January and March, southeast Africa was hit by three tropical cyclones and two tropical storms in just six weeks – with more than a million people affected by extreme rainfall and severe flooding, and some 230 recorded deaths.

Alexandria’s Antoniadis Gardens: Between Historical Remembrance and Standing the Test of...