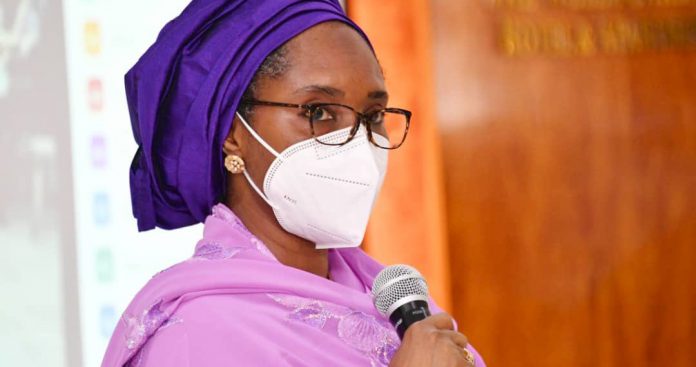 The Nigerian government has disclosed its plan to borrow N5.012 trillion to finance its budget deficit in 2022.

The Federal Executive Council on Wednesday approved the government’s proposed N16.39 trillion budget for next year, which comes with a deficit of N6.258 trillion. The proposal will be presented to the National Assembly on Thursday.

While the deficit appears manageable when compared to the government’s total projected revenue of N10.13 trillion for next year, actual revenue for recent years show that the trend of spending most of government revenue on debt servicing may continue in 2022.

The Minister of Finance, Budget and National Planning, Zainab Ahmed, on Wednesday told journalists in Abuja that the government will continue to borrow to fund infrastructure projects as it does not get enough from its revenues.

“If we just depend on the revenues that we get, even though our revenues have increased, the operational expenditure of the government, including salaries and other overheads, is barely covered or swallowed up by the revenue,” she said.

“So, we need to borrow to be able to build these projects that will ensure that we’re able to develop on a sustainable basis.

“Nigeria’s borrowing has been of great concern and has elicited a lot of discussions, but if you look at the total size of the borrowing, it is still within healthy and sustainable limits.

“As at July 2021, the total borrowing is 23% of GDP. When you compare our borrowing to other countries, we’re the lowest within the region, lowest compared to Egypt, South Africa, Brazil, Mexico, the very lowest, and Angola.

“So, what we have to do is a combination of cutting down our cost, as well as increasing revenue to be able to cope with all that is required for government to do, including salaries, pensions debt service, as well as capital expenditure,” she stated.

Meanwhile, the 2022 deficit will be covered by the N5.012 trillion borrowings, drawdowns on project-tied multilateral/bilateral loans – N1.156 trillion; and privatization proceeds of N90.73 billion.