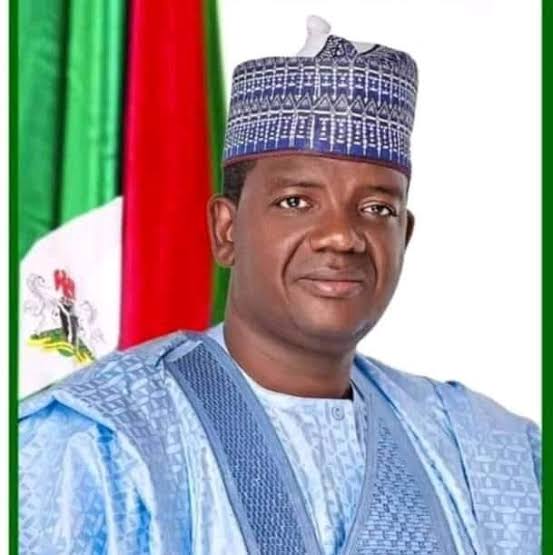 There is a strong indication that the outlawed Yansakai Vigilante Group in Zamfara has vowed it will make the State ungovernable by killing and maiming innocent villagers.

According to an investigation, the said group have remained adamant about causing mayhem and killing people under the leadership of the former Commissioner for Local Government and Chieftaincy Affairs Hon Bello Dankande Gamji.

Gamji who is under EFCC investigations alongside former Governor Yari over allegations of corruption and misappropriation of public funds running into billions of naira and an award of fictitious contracts for personal enrichment.

It added that there is an allegation that Hon Gamji is suspected to be the brains behind all the nefarious activities of the outlawed vigilante Yansakai to divert the attention of the members of the public on his corruption allegations charges.

Investigation has it that during the tenure of the former Governor Abdulazeez Yari, Gamji was said to have recruited 500 Yansakai across the 17 Emirates in Zamfara State without the act of State House of Assembly backing their operations and existence.

“There is reliable information that the outlawed vigilante group had planned to go into Fulani settlements and kill them so that the armed bandits will regroup to launch deadly attacks on innocent people in the villages all aimed at mischievously blackmailing the Governor Bello Mattawalle government and the President Muhammad Buhari led Federal government that they failed to provide security for the lives and property of the people of Zamfara State.

“The issue of security which comprises armed banditry, cattle rustling, kidnapping, killings and the setting of villages ablaze by gangs of armed bandits and criminals elements came into existence before the inception of the Mattawalle administration.

“There is also an allegation that there is the camps of Ansaru from Niger State and Boko haram insurgents cited in some villages trying to collaborate with armed bandits assembled to cause serious security havoc in Zamfara State to blackmail Governor Bello Matawalle for their selfish political reasons towards the 2023 elections.

“According to investigations the rampaging Yansakai Vigilante group had on June 19th,2021 in the early morning attacked the Mashekarin Fulani settlement of Balgare village in Danmanau district in Gamji District of Bakura Local Government Area of Zamfara State rampaging Yansakai group in hundreds on top of motorcycles, wielding Dane guns, clubs, matchets and other weapons, from Dogon karfe forest axis, have stormed the settlement searching for Fulani natives, where in the process four (4) Fulanis were confirmed killed, while three (3) others brutally injured.

“The injured victims are currently on admission at Bakura and Talata Mafara general hospitals.

Meanwhile, the mobilization of these Yansakai is observed from Tureta LGA of Sokoto state. From Kuruwa, Damri, Sabon Garin Damri villages and Anka, Bukkuyum and Talata mafara LGAS.”

Investigation gathered noted that the worst side of it was that, they mostly don’t discriminate between who is a bandit and who is not, adding that the possibility of recording more casualties cannot be underestimated, as other settlements like Dandutsi was equally ransacked.

“Furthermore, it was gathered that more Yansakai group are now sighted going back into Dogon karfe forest, as armed bandits are said regrouping. The possibility of a deadly clash cannot be ruled out,” investigation has revealed.

“My best friend snatched my man while I was busy chasing...

China doubles down on coal as energy crunch bites

RCCG announces the demise of Pastor Adeboye’s son; asks for the...