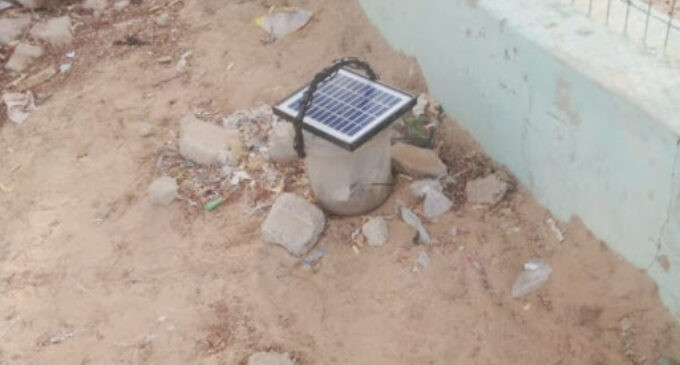 Men of the Borno state police command have reportedly defused a bomb at Dalori internally-displaced persons camp (IDP) in Konduga LGA of the state.

Residents of the camp woke up to see a sack with content suspected to be an improvised explosive device (IED). Everyone including armed police officers at the camp stood far away, while waiting for the anti-bomb squad to come and verify the content of the items.

The anti-bomb squad arrived at the scene and confirmed it was a bomb. They successfully defused it without causing any casualties.

85m Nigerians will soon lose their jobs due to lack of...