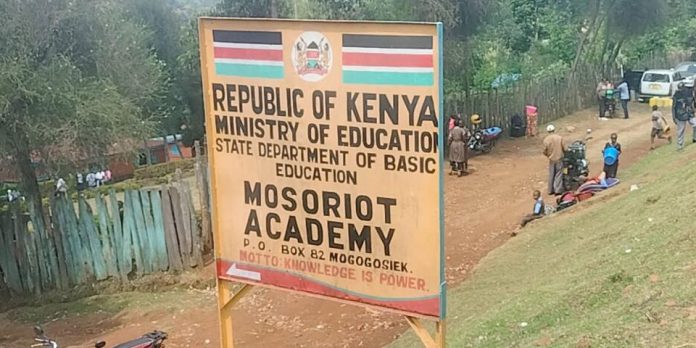 A male teacher in Konoin constituency, Bomet County, has been arrested for allegedly defiling three boys at Mosoriot Academy in Mogogosiek ward.

“We have arrested the teacher and launched investigations into the incident. He will be arraigned in court in due course.

He added that the affected pupils had recorded statements with the police following the bizarre incident.

He said that parents had complained to the authorities over the alleged molestation of their children at the school.

“It is not the first time such an incident is being reported at the school. Last year, a similar complaint involving another teacher was raised by the pupils but the matter was hushed up,” said a parent stated.

Several parents affirmed that boys at the school had repeatedly complained about being molested by the teacher before the current case was reported at the weekend.

Meanwhile, as at press time, the security and education officers were holding a meeting on the matter in Mogogosiek, the Konoin sub-county headquarters.

Facts ahead of Portugal’s clash with Ghana

I’m where I am today because of luck — Tony Elumelu

Ghanaian Court Grants Bail To Two Nigerians Over Kidnap of 39...

Nigeria: About 40,000 Children are Diagnosed of Cancer Every Year –...