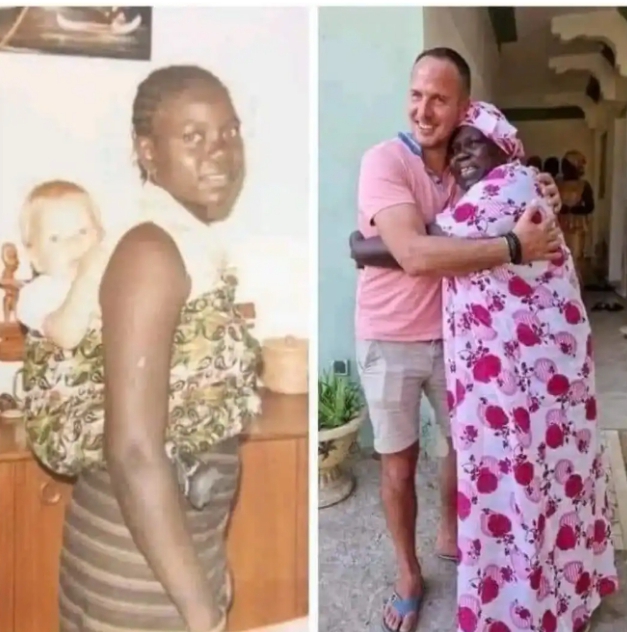 A French man reportedly travelled all the way from France to Ivory Coast in West Africa to search for his old nanny.

The nanny used to take care of the man 38 years ago when he lived in Ivory Coast with his father.

An old photo shows the nanny carrying the French man – then an infant – on her back.

However, his father retired and the family left Ivory Coast, losing touch with the nanny.

38 years later, the boy, now a man, returned to Ivory Coast to find the nanny.

His quest was successful and he was overjoyed when they reunited.

They posed for a photo to document their reunion.

According to reports, the French man gave his old nanny some money and placed her on a monthly allowance.