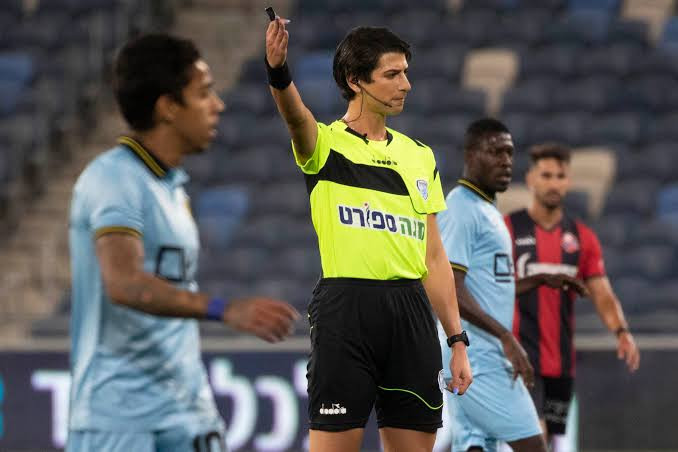 Sapir Berman, who recently made her transition public made sports history after officiating at a soccer match in Israel’s Premier League for the first time since the announcement.

Berman took to the field for the contest between Beitar Jerusalem and Hapoel Haifa on Monday, May 3, after she revealed her latest status of being a transgender in a press conference last week Tuesday.

It was gathered that Berman, aged 26 was already a top male referee in Israel’s leading football league, but decided to change to female as she had always seen herself as a female, even at a young age.

She told reporters that players had already begun using the feminine form of words in Hebrew when addressing her.

“They really feel that they want to somehow take part in this process and even speak to men when it’s not necessary and speak to me as a woman. So thank you,” Berman said.

Outside the stadium in the northern city of Haifa, one fan carried a banner that hailed Berman as a “super woman, incredible, brave”.

“This is the first step in a long and wonderful journey. Sapir, we are proud to do it with you,” the Israel Football Association tweeted as she officiated the match.

Only Yoruba Obas can decide if there will be Oduduwa nation...

Chairman, NGF Recommends Restructuring as a way of Ensuring Unity in...