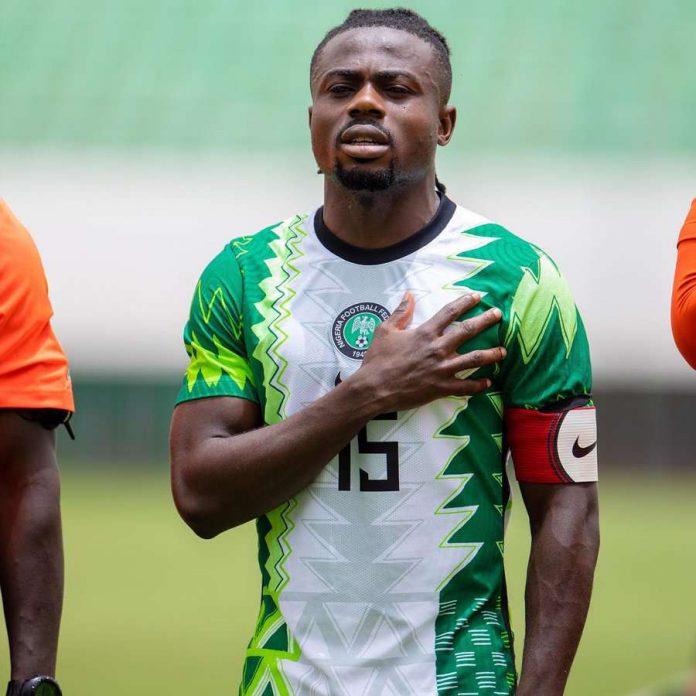 Barely 24 hours after Nigeria’s Super Eagles secured their biggest win in football history, the stand-in skipper in the match, Moses Simon is still on cloud nine over the outcome of the game.

Super Eagles of Nigeria recorded their biggest win in football at the expense of Sao Tome and Principe hammering them 0-10 in Agadir, Morocco in the second group game of the 2023 African Cup of Nations.

The captain of the team Ahmed Musa was on the bench while vice-captain William Troost Ekong was out injured, hence, the FC Nantes winger was handed the armband and he lived up to expectations.

Simon expressed happiness via his social media and promised to get more for the country.

“Big honour for me to wear the captain armband of the Super Eagles. An historic win for the team as well, to God, be all the glory, he said.

Simon made his debut for Super Eagles in 2015 against the Cranes of Uganda and has gone ahead to secure 53 caps and scored 7 goals.

Aguero will be out for three months