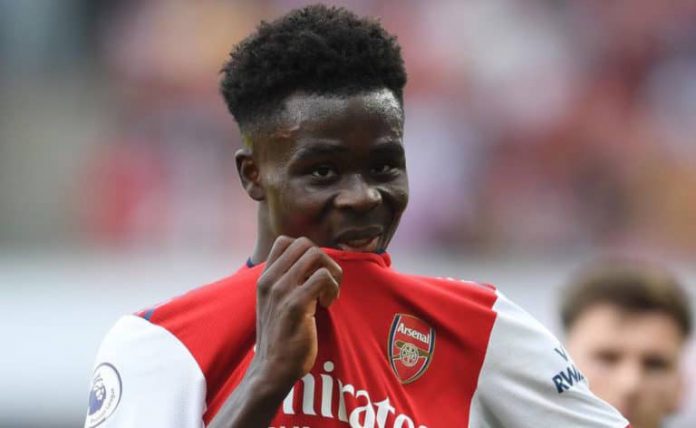 Arsenal’s transfer window has got off to a stellar start with three signings already in the bag and Gabriel Jesus just days away from becoming the fourth.

Once the Manchester City forward is secured, the Gunners are reportedly planning to turn their attentions to Leeds United winger, Raphinha.

Mikel Arteta’s men have already bid once for the Brazilian, but the Elland Road hierarchy is expected to hold out for at least £65million.

Many sections of the Arsenal faithful have questioned why the club seems willing to spend so much on the former Rennes wide-man when they already have one of the brightest young right-sided forwards in Bukayo Saka.

The England international has been nothing short of a revelation since Arteta’s predecessor, Unai Emery, handed him his Gunners debut.

At times, the academy graduate has carried the club’s fortunes on his back at such a young age. Saka was voted Arsenal’s player of the season last term by the fans – his stock could barely be any higher. With that in mind, the Gunners may be viewing those facts through a slightly different lens.

Saka has two years left to run on his current deal, ensuring that while the club is hardly cornered into a position where they need to think about cashing in just yet, it will undoubtedly be a lingering question mark in the back of the mind of those in the boardroom.

Reports have already emerged early on this window, with the odd rumour linking Saka with a switch to reigning Premier League champions Manchester City. That is the calibre he can operate at, that is how he is viewed by the big boys of the English top-flight – but Pep Guardiola’s side distanced themselves and insisted their priorities lay elsewhere this summer.